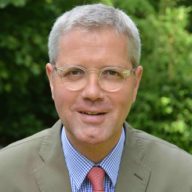 Norbert Röttgen is Chairman of the Foreign Affairs Committee of the Bundestag and has been a Member of the German Parliament since 1994. He served as German Federal Minister for the Environment, Nature Conservation, and Nuclear Safety, as well as Legal Policy Spokesman and later as Chief Parliamentary Secretary of the Christian Democratic Party’s parliamentary group. His 2008 speech on the financial crisis in front of the Bundestag was awarded as “best political speech of the year”. Röttgen holds a PhD in law from Bonn University.

Time for a geopolitical Europe: A German answer to Macron

It is time for Paris and Berlin to join together to strengthen Europe internally, securing its place in a world of renewed competition

The Strait of Hormuz: A matter of European policy and European solidarity

A New Beginning for European Defence

Europe must end its silence on Syria

The euro: irreversible – but not indestructible

Europe’s evolution, which is vital for our survival, can only be continued by overcoming the obstacle which the Greek crisis represents

If a moratorium could be reached to negotiate the ban on energy as a political weapon, then the possibility of a permanent cooperative framework with the EU and the US could be created.

ECFR Board member Norbert Röttgen on a ban on energy as a political weapon in the context of EU-Russia relations.