Iran’s actions in the Strait of Hormuz – its seizure of a British-flagged vessel and its harassment of shipping generally – demand an international response. And Germany should be part of that response. The real question, however, is what exactly should the response be? The United States has proposed that the Europeans devote their military assets to a US-led operation, akin to so many past operations in the Middle East. But, for Germany, this is not an option. In the circumstances in the Strait of Hormuz, Europe needs to emancipate itself from the US and independently take responsibility for ensuring freedom of navigation.

We are challenged as Europeans because this region is in our neighbourhood, because these problems will not go away unless we act, and because they will directly affect us. When an essential part of the international legal order – namely, free shipping – is attacked, so is our European prosperity. We need to stand up for our interests and for the validity of the international legal system. The European Union needs to show Tehran that, while it continues to be committed to the Iran nuclear deal, it does not accept Iranian forces illegally occupying free areas of the seas and preventing others from passing through.

It should be a European rather than US-led military mission because the conflict between Iran and the US threatens to escalate at any time. A war in the Gulf would be a disaster for the US, Iran, and the world. I am convinced that neither Iran nor the US wants such war. But US President Donald Trump’s decision to withdraw from the Iran nuclear deal and to initiate a “maximum pressure” campaign to deal with Iran recklessly risks that very outcome. Unfortunately, we have a fundamental difference with the US on how to behave towards Iran, particularly as far as the nuclear issue is concerned.

The risk that the Trump administration’s policy and the Iranian response poses to the region means that we need to maintain a distinct European policy on Iran. But this does not mean that Iran’s behaviour in the region does not pose a problem for Europe. We must keep these arguments – about the Strait of Hormuz and the fallout from the US withdrawal from the nuclear agreement – separate. The question at hand is not related to the nuclear agreement. Instead, it involves European sanctions on the criminal regime in Damascus and the European decision that no oil may be delivered to this country through European territory. The United Kingdom has enforced European sanctions by stopping a ship that had loaded Iranian oil and was travelling through European waters to Syria. This is prohibited under European law. European law has been enforced by the UK – which has, therefore, become the victim of retaliation by Iran.

The repeated attacks on trading vessels in the Strait of Hormuz by Iranian forces suggest that the regime tries to use its de facto control of the waterway to extort concessions from nations that depend on the passage. We do not want a military conflict but rather a strong rebuke of this Iranian policy from European states acting together. We need to negotiate in parallel with Iran and other regional players to find a long-term political solution to the problem. But, until a diplomatic agreement has been found, Europe needs to do its part in protecting free navigation in the region. A European mission could start with an observational purpose and, if need be, could also involve military escorts. With European member states acting in concert, we have the capacity to do this. What is so far lacking is the political will to do so.

Our message to Iran must be clear: as Europeans, we stand by the nuclear agreement and will do our part to sustain it, even though Iran has now begun to violate its terms. But the issue of the nuclear agreement (and the US withdrawal from it) does not give Iran the right to engage in the seizure of a ship in the Strait of Hormuz or anywhere else. An independent European naval mission in the Strait of Hormuz will send precisely that message. A US-led one will not.

As a country that deeply depends on the free flow of oil and commerce, Germany must be part of such a European response. It is no secret that, when it comes to participation in military missions abroad, Berlin often struggles to act decisively. There are good reasons for this in German history and, therefore, in German law and domestic politics. But this is a European issue and a matter of demonstrating our will and capability to act together internationally to defend our principles and interests. Germany must now assume its share of responsibility and show solidarity with its partners.

Iran’s behaviour requires a European response. Iran has hijacked a British-flagged ship in retaliation to the UK’s enforcement of European sanctions in the Strait of Gibraltar. Iran has attacked an important area of the international system: free shipping. This is the basis of free trade and thus of our prosperity. A joint American response risks drawing us into a wider conflict that no one wants. For these reasons, there should be a European mission with German participation. Iran needs to hear this message now.

This article originally appeared on 10 August in French in Le Monde. 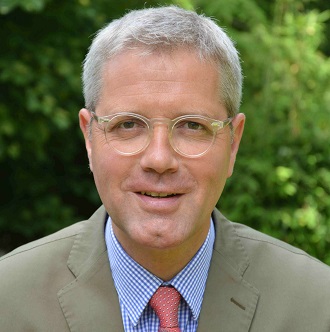