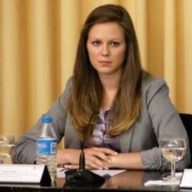 Nika Prislan joined the European Council on Foreign Relations in February 2016 as Project Coordinator and Researcher for Europe’s Digital Power project which forms part of ECFR’s ‘European Power’ programme. Since August 2016, she was the Programme Coordinator at ECFR’s Madrid office.

The ominous rise of geoeconomics

The lack of a defined European response to the current crisis is forcing EU member states to renationalise their own foreign policy, rather than forge common positions. This new age of geoeconomics carries a hidden cost for Europe in the long run.