In the world which followed the fall of the Berlin Wall, democracy and free-markets were mutually reinforcing. Open markets were to lead to more and better democracies and, in turn, democracies promoted more open trade. This we called “globalisation” or even “the end of history”. Firms and individuals were the main actors in a multilateral world governed by common economic rules. States were important to keep the system running, but they were not the dominant actors. But things have changed, and globalisation has been hijacked by state actors and national security concerns. Fuelled by responses to the economic crisis that is gripping Europe, we now live in an age of geoeconomics.

The world now looks increasingly multipolar, rather than multilateral. States are back (at least some of them) and rather than promoting the market, they use market tools to increase their relative power vis-à-vis the others. Paraphrasing Bismarck, actors tend now to see economics as the continuation of great power politics by other means. The logic of national security and state competition has now captured the stage, and the open logic of globalisation has been replaced by neo-mercantilism.

This rise of geoeconomics (or rather the ‘the admixture of the logic of conflict and the methods of commerce’ as described by Luttwak in 1990) is now a prevailing trend in the foreign policies of various EU member states. This trend has clearly been on the rise and increasingly dominates decision making. As our colleague Hans Kundnani argues, Germany has become the clearest example of geoeconomics dominating a country’s foreign policy. In 2011. Germany abstained, along with the BRICs, instead of voting with its European partners in the UNSC to support military intervention in Libya. This act was considered by many as a clear demonstration that Germany considered its economic interests above its political interests and commitments within Europe.

This is not the only example. Other key EU member states such as France, the UK and Spain have also been seen flaunting their new geoeconomic policies in 2011. Cameron’s first foreign visit after entering office in 2010 was to India, where a €840 million deal for Hawk trainer aircrafts was agreed upon. Continuing this trend in 2011, the UK’s preference for non-EU commercial partners such as China was seen ever more clearly throughout various visits and generous deals made with Chinese officials.

Spain was also very busy during 2011 in courting China to buy its debt (China along with France are the biggest owners of Spain’s debt at around 25%) and sign commercial deals, with China’s investment in Repsol Brasil at the beginning of 2011 resulting in a whopping $7.1 billion agreement. Spain’s debt problems and China’s increased presence in Spanish economic affairs led Madrid to keep quiet on a number of politically sensitive issues in EU-China relations. Examples include Spain’s silence on demanding the release of Liu Xiaobo after he won the Nobel Peace Prize (contrary to the position that the rest of the EU took), and its loud support for lifting the EU arms embargo on China, to the dismay of the US and other European governments.

France’s foreign policy was also heavily affected by geoeconomics. President Sarkozy’s courting of China in 2011 and France’s spat with other EU member states over EIB loans for the construction of a high speed train in Morocco (a contract which France had obtained due to its close ties with Morocco) clearly demonstrated the negative side effects that geoeconomics is having on EU solidarity.

The reason for the greater prevalence of geoeconomic policies can largely be attributed to the economic crisis. Not only has the crisis deepened and become more destructive, but solutions have generally not come from a pan-European level. Because of this, politicians in member states have found comfort in national geoeconomic policies that have provided short term solutions such as strategic investments and the purchasing of debt by foreign governments. In other words, a European economic crisis has lead EU member states to resort to national geoeconomic policies to offset the negative consequences of the lack of a defined European response to the crisis.

A longer version of this article appeared in a recent FRIDE report: Challenges for European Foreign Policy in 2012: What kind of geo-economic Europe? 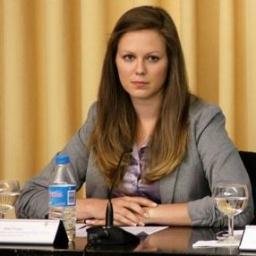