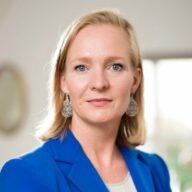 Marietje Schaake is international director of policy at Stanford University’s Cyber Policy Centre, policy fellow at the Institute for Human-Centered Artificial Intelligence, and president of the CyberPeace Institute. Previously, she was as member of the European Parliament, where she led the alliance of liberals and democrats for Europe on the International Trade Committee and served as her party’s spokesperson for transatlantic and digital trade. She also founded the European Parliament Intergroup on the Digital Agenda for Europe and was featured by Politico as one of the 28 most influential Europeans in 2017. 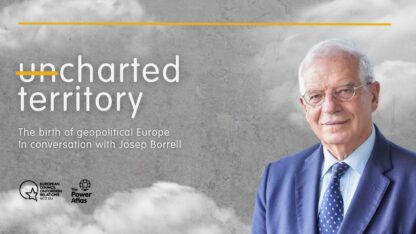 The Age of Unpeace: Therapy for internationalists | Session 1 with Marietje Schaake

Join us on this journey to a more therapeutic approach to international relations. The mini-series brings you five episodes with guests including today’s Marietje Schaake, Thomas Wright, and Anne Marie Slaughter.

The geopolitics of technology

The EU is often described as a “regulatory superpower” benefitting from the so-called “Brussels effect.” But is the bloc also able to set its own rules and standards when it comes to new technologies?

Despite its absence from the agenda of recent high-level EU-China meetings, cybersecurity and digital rights deserve attention at the highest level.

Marietje Schaake comments on the regulatory battle between Canberra and Facebook, and on the great power that big tech has in our societies