China has reportedly adopted a wide-ranging national security law, which would increase China's control over foreign businesses and stifle crucial civil liberties of the population. The adoption of the law came days after the conclusion of the 17th EU-China summit in Brussels, a summit designed to boost trade, investment and dialogue between the two sides. Yet neither digital rights nor cybersecurity were prominently featured at the summit, presumably to avoid tensions between two strategic partners. However, in the 21st century and an increasingly digital economy, our interests and values cannot be separated anymore.

A core component of the new Chinese law would make all key network infrastructure and information systems “secure and controllable” in order to protect national security. The latter term is so broadly defined that it would even cover “harmful cultural influences” as a national security threat. Foreign companies in China have argued that the law is too vague and fear it could force technology firms in particular to make products in China or use source code released to inspectors. This would force them to expose intellectual property. Human rights experts have argued that the law includes elements that define criticism of the government as a form of subversion. A senior official at the National People’s Congress (NPC) said that the new law provided a legal foundation for “the management of internet activities on China’s territory and the resisting of activities that undermine China’s cyberspace security”. Details on the interpretation of the new law will follow later, but it remains to be seen whether this law is in line with WTO regulations.

This law is no surprise, as it comes on the heels of a very similar anti-terrorism regulation and a bank technology regulation. The first law would force telecommunication services providers to provide Beijing with backdoors into their systems and install a form of forced data localisation. The latter would have forced banks operating in China until 2019 to ensure that 70 per cent of their IT products qualify as “secure and controllable” under Chinese law. Economic protectionism and restricting internet freedom go hand in hand in China.

While politically it may seem convenient, it is impossible to separate values and interests any longer. When it comes to China, trade and human rights suffer equally from restrictive policies.

China's centralised, top-down decision making process has led to the creation of a closed and tightly controlled digital domain. According to Chinese state media, more than two million people are employed by the Chinese government to monitor web activity. China's filters against undesirable (foreign) web-content have been widened recently and the government has publicly stated that it has deleted some 758,000 pieces of “illegal and criminal information” from the internet since the start of this year. While politically it may seem convenient, it is impossible to separate values and interests any longer. When it comes to China, trade and human rights suffer equally from restrictive policies.

Yet cybersecurity and digital rights were absent in the speeches of Commission President Juncker and High Representative Mogherini. This lack of engagement is not only hurting our companies and trade relations but also our credibility as a foreign policy actor. Only Trade Commissioner Malmstrom indirectly addressed these issues, when she stated that “we must keep the internet, e-commerce and data flows open to the exchange of culture, ideas and opinion. Building fences to the digital society would undermine our future economic success”. This message should represent the core of EU actions.

At least the US, despite its famous 'pivot to Asia', is clear. At the US-China Strategic and Economic Dialogue earlier last week, President Obama openly voiced his concerns over China's “cyber behaviour”. Secretary of State Kerry said the two countries will work together to come up with a code of cyber conduct. Kerry said that the US needs to “work through how all countries are going to behave, but particularly how we're going to work this out in terms of the bilateral relationship.”  These words now need to be followed by meaningful action.

The EU has a number of silent diplomacy 'dialogues' in which these issues may be discussed in private, but it is not clear whether these have achieved any significant progress. Cybersecurity, internet governance and digital rights deserve attention at the highest level. With China's increasingly loud and confident voice on the global stage, these issues need to be tackled up front to make this point: increasing trade requires the protection of the open internet.

Marietje Schaake is a Member of the European Parliament with the Alliance of Liberals and Democrats for Europe. The latest edition of China Analysis, introduced by Francois Godement and edited by Agatha Kratz, focuses on China’s increasing governmental control of the digital sphere. 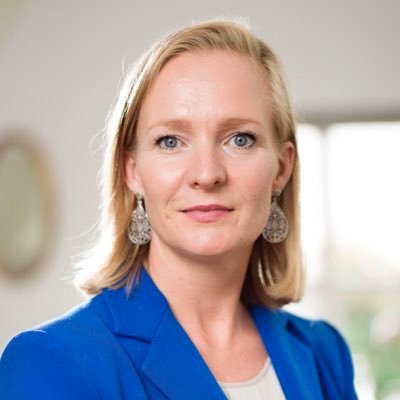