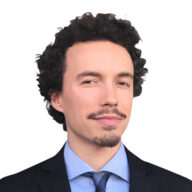 Manuel Langendorf is a visiting fellow at the European Council on Foreign Relations, based in London, where he is working on digitisation and the digital economy in the Middle East, with a special focus on the United Arab Emirates and Jordan as well as Europe's interests in the issue.

Langendorf has been a frequent contributor to The Arab Weekly newspaper and other media outlets. He was the editor-in-chief of The World Weekly, an award-winning international news magazine, and has appeared numerous times on television to comment on Middle Eastern affairs. He holds an MSc in International Politics from the School of Oriental and African Studies (SOAS) in London.

Digital stability: How technology can empower future generations in the Middle East

Europeans must help construct the region’s digital infrastructure, to prevent China from popularising its internet governance model there