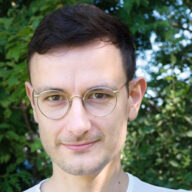 Dr. Jean-Baptiste Gallopin was a Visiting Fellow at the European Council on Foreign Relations, based in Berlin, where he worked on Sudan. Before working with ECFR, Gallopin earned a Ph.D. in sociology at Yale University. His dissertation research on the Tunisian revolution of 2011 examined how collective dynamics shape the trajectories of countries in moments of upheaval, exploring issues of civil-military relations, elite bargaining, collective action, and violence.

Gallopin has been following Sudanese affairs since 2010 in different capacities, including as the Sudan researcher for Amnesty International, as a political analyst for a risk advisory firm, and as an independent consultant. His co-authored report for Amnesty, entitled “We Had No Time to Bury Them — War Crimes in Sudan’s Blue Nile State” was the first to document war crimes and potential crimes against humanity in the Blue Nile conflict.

Gallopin has published in Le Monde Diplomatique, The Washington Post, Democracy & Security, Aeon, Libération, Le Figaro, and Jadaliyya. He regularly appears as a commentator on international media, including Al Jazeera English, RFI, France 24, Deutsche Welle, and Bloomberg. In addition to this PhD, he holds a MA and a MPhil in Sociology from Yale, a MA in Arab Studies from Georgetown University, and a BA in Politics from Sciences Po Lyon.

Multiplying crises: The coronavirus in Sudan

Sudan’s transitional authorities are struggling to deal with a health system that is collapsing under the weight of covid-19. But the most dramatic social and economic impact of the disease might come from the effects that restrictions on movement will have on prices and food security.

Off track: Why Sudan’s transition is in danger

Six months since the start of the transition to civilian rule, the process in Sudan is increasingly in question as Bashir-era generals work to retain their power

EU support for Sudan’s new prime minister is welcome in addressing the urgent challenges of the country’s political transition. But it will take more than economic reform to bring peace and stability to Sudan.

The current political configuration makes transitional justice very delicate, since the power-sharing agreement reached last year between the junta that overthrew Omar al-Bashir’s regime and the revolutionary forces enshrines a role for the military and paramilitaries