In Sudan, as elsewhere in Africa, the covid-19 crisis has unfolded relatively slowly. This is due to the country’s comparative isolation from world travel and the fact that most Sudanese live in rural areas, where social distancing is an established practice. But, as the virus now appears to be sweeping through Sudan, the crisis has entered what Health Minister Akram al-Tom calls a “dangerous stage”.

According to official figures, the effects of the virus remain modest by global standards. A country of 40 million people, Sudan has recorded 6,081 cases and 359 deaths. Although more than 80 percent of confirmed cases are in the Khartoum area, covid-19 has spread throughout the country. The disease is now spreading exponentially, with the official number of cases doubling every 13 days and the authorities unable to trace the origins of most of them.

Official figures severely underestimate the extent of the pandemic. Social-media announcements of deaths have spiked across the country. In Al Fasher, the capital of North Darfur, around 150 elderly people have died in recent weeks of what the authorities describe as a “mysterious disease”, suggesting that many covid-19 deaths are not counted as such. Official figures for confirmed cases are also unreliable because the authorities test just a few hundred people per day and roughly 70 percent of these tests return a positive result. The true number of cases is probably an order of magnitude larger. (The United Arab Emirates, which has roughly the same amount of reported deaths as Sudan but a state-of-the-art testing system, has detected around 37,000 cases.)

The virus has hit Sudan at a critical time and the Sudanese authorities have struggled to deal with the outbreak. Following a revolutionary uprising last year, the country is struggling to navigate a political transition amid a deep economic crisis.

In mid-March, the government copied restrictions imposed elsewhere to “flatten the curve” – that is, keep the number of covid-19 cases to a manageable level. The government declared the closure of borders; sweeping restrictions on movement and gatherings, including a national curfew; a ban on travel between Khartoum and other states; and a lockdown in Khartoum (which is has since extended to other states).

The health system has quickly collapsed. Before the pandemic, Sudan’s health minister was struggling to initiate reforms. Three decades of authoritarian rule, during which former president Omar al-Bashir asphyxiated public hospitals to benefit a thriving private sector controlled by his cronies, have decimated the health system.

Forced to contend with shortages of protective equipment, some hospitals have refused to treat covid-19 patients; in others, some doctors have self-isolated, leaving wards understaffed. The lockdown prevents many healthcare staff from going to work. In Khartoum, staff shortages have led many, if not most, hospitals to shut down altogether, forcing women to give birth without medical assistance, and leaving people with acute medical needs without emergency assistance. Doctors say that much of the increase in the mortality rate in recent weeks results from this breakdown in healthcare services rather than covid-19. These challenges have led to the emergence of dozens of citizen initiatives to support health workers.

Despite government and grassroots efforts to spread awareness about the risks of the virus, social distancing guidelines have not caught on. In Khartoum, funerals have continued to attract crowds – as did public ceremonies marking Eid al-Fitr, the end of Ramadan. Among some vulnerable populations, such as the three million displaced people who live in crowded camps or the urban poor living in slums, social distancing is not an option. Betraying his sense of helplessness, Tom warned earlier this month that “there is no cure … If you get sick, we’ll give you Panadol [paracetamol]. If you suffocate, we’ll give you oxygen. If it gets worse for you, you’ll die.”

The military – a key component of government under a power-sharing agreement signed last year – has left civilians to fend for themselves. The generals have refused to treat covid-19 patients in military hospitals – the best in the country. Military and police forces have laxly enforced lockdown measures, contributing to the public lack of awareness about the deadly effects of the disease. But many soldiers and policemen harbour deep-seated resentment towards health workers, and dozens of doctors and nurses were assaulted at checkpoints, forcing the authorities to pass a law to protect them.

The government might end lockdowns, letting the epidemic run its course.

The epidemic could well exacerbate rising social and political instability. Inflation is nearing 100 percent, GDP is projected to contract by more than 7 percent this year, and there are chronic shortages of fuel, cooking gas, and bread. In this environment, government restrictions on the movement of people and goods could tip Sudan into severe food insecurity. These measures have a high cost for the urban poor, who eke out a living and cannot miss a day of work without going hungry. The restrictions also strain the food supply chain. Michelle Bachelet, the UN high commissioner for human rights, warned that there will be “untold suffering” in Sudan unless the country receives greater international assistance.

These challenges come as the government, under intense pressure from international donors, moves to reform a costly system of subsidies on fuel and wheat. The removal of subsidies on fuel could mitigate the vicious cycle of monetised deficits and currency collapse in the medium term, but it is likely to raise prices further in the short term. The authorities plan to offset the increase in the cost of living with a cash support programme, but there is no guarantee that it will be able to fund the initiative adequately.

The authorities have little room for manoeuvre. Social discontent has built up since the appointment of Abdalla Hamdok as transitional prime minister last year. Activists from resistance committees – neighbourhood groups that mobilised during the revolution – now coordinate much of the government’s social support on the ground. But, across the country, there is growing anger over the rising death toll and the government’s perceived inaction – which compounds pre-existing grievances over inflation and shortages of goods. Activists are now experimenting with small-scale protests that observe social distancing.

In these circumstances, the authorities face some tough choices. The combined effect of removing fuel subsidies and imposing restrictions on movement could push prices to new heights, prompting renewed mass unrest.

Yet the authorities can ill-afford to postpone subsidy reform again: an international conference scheduled for late June will be a crucial test of the government’s credibility in the eyes of foreign donors. And it will determine how much funding Sudan will receive for its cash support programme. Should the Sudanese government fail to convince them of its commitment to reform, international donors support are likely to provide far less than the $2bn required to cover 80 percent of the population under the plan.

Meanwhile, the negative consequences of restrictions on movement are increasingly apparent. They affect not only food security but also education and non-coronavirus public health issues. Eight million Sudanese children and students no longer attend classes, while Sudan’s immunisation campaigns are on hold. If the restrictions remain in place, their knock-on effects could cause serious damage.

As the government struggles to quickly build up the capacity of the healthcare sector, the rationale for lockdown measures will weaken. With only 4 percent of Sudanese people aged 65 or older, relatively few of them are susceptible to lethal complications from the virus – in comparison to citizens of Western countries. The government might end lockdowns, letting the epidemic run its course under the assumption that protests are less likely to result from private grief than a further rise in prices. This dilemma was evident last week, when the authorities postponed the decision to extend lockdowns in the face of internal disagreements (they eventually extended the measures for two weeks).

The coronavirus crisis remains in too early a stage to discern its effects on the fragile balance of Sudan’s political transition. The virus will become more salient in the public debate as the death toll increases. If the crisis creates a new wave of demonstrations, the consequences could be far-reaching. But, in Sudan, the virus may not come to occupy the central place in politics that it has in other countries. Instead, it may simply add to the multitude of other social, political, and health challenges Sudan faces. 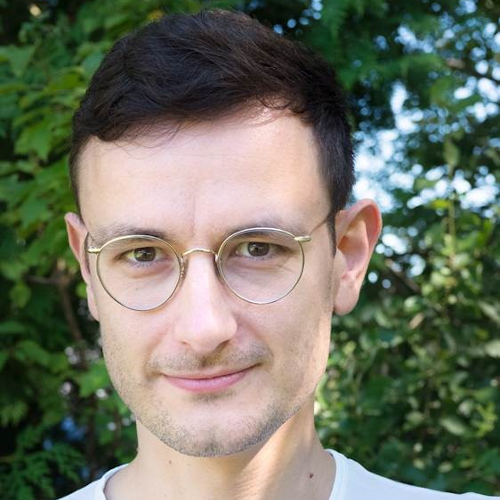