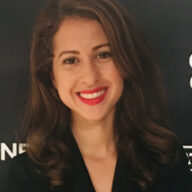 Jasmine M. El-Gamal was a visiting fellow with the Middle East and North Africa programme at the European Council on Foreign Relations. Her topic of focus were the Syrian refugee crisis and its impact on Europe and the Levant.

El-Gamal served as a Middle East advisor to the United States Department of Defense from 2008-2015, where she handled the Iraq, Lebanon and Syria portfolios. During her tenure, she covered issues related to the Arab Spring, ISIS, and Guantanamo Bay, among others. She also served as the Acting Chief of Staff for the Deputy Assistant Secretary of Defense for Middle East Policy, and as the Special Assistant to three Under Secretaries of Defense for Policy.

Where next for Syrians ?

Introduction After eight years of fighting and destruction resulting in the largest humanitarian and refugee crisis of our time, the government of Bashar al-Assad…

The US role in Syria

Anthony Dworkin steps in for Mark Leonard and discusses the US strategy in Syria with Asli Aydintasbas, Julien Barnes-Dacey and Jasmin El-Gamal. The podcast was recorded…

Jasmine El-Gamal is quoted on Assad's “double game” with regards to refugee returns.

Jasmine El-Gamal speaks to the Telegraph on the repatriation of Syrian refugees in Lebanon.

In her op-ed for the Washington Post Jasmine El-Gamal analyses the lessons learned from Obama's Iraq withdrawal in light of Trump's announcement to pull US troops from Syria.