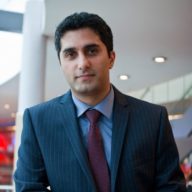 Syria, Turkey and the Kurds in the region

Guney Yildiz is a visiting fellow for ECFR's Middle East and North Africa Programme, where he is focusing on the post-Islamic State stabilisation of Syria, with specific emphasis on the areas controlled by the US-backed Syrian Democratic Forces (SDF). He is pursuing a PhD on non-state actors in the Middle East at the University of Cambridge and holds a Master's degree from the London School of Economics. He has advised the Foreign Affairs Select Committee of the UK Parliament as a Special Adviser on Turkey, works as a political and security consultant and carries out investigative journalism mainly on Turkey, the Kurds and ISIS.

He has given talks at Chatham House, RUSI, ECFR, Oxford University, the UK Parliament and LSE. He has also been consulted by government institutions and the diplomatic community in London. He regularly provides analysis for TV, radio and online outlets, including reacting to breaking news stories from the region. As a journalist with the BBC for ten years, he broke numerous top UK and international stories that have been picked up by other domestic and international broadcasters.

What Turkey's intervention means for Syria, the Kurds, and Ankara

What will be the trajectory of Kurdish politics in Iraq and Syria following the defeat of ISIS? What are the European policy options amid a…

Guney Yildiz quoted in The Times on Erdogan's domestic policy

Guney Yildiz tells the WSJ that Turkish attacks on a Kurdish enclave in Syria is an act of desperation.