This support of the Turkish intervention likely reflects the foreign secretary’s personal interests in border control. For if Mr Johnson were to consider the reality, rather than the ideology, of Turkey’s actions, he would surely come to the conclusion that the interests of the British people require him to mediate a solution to the crisis, rather than encourage conflict.

The Turkish government’s operation is intended to swiftly clear the area of Syrian Democratic Forces and the YPG. Mr Johnson seems to share the Turkish government’s view that a modern, well-equipped army should have little trouble in dislodging a local force that have very little access to air defence. But this kind of thinking has proved flawed time and time again when international armies have tried to dislodge radical groups in Syria and Iraq.

Turkey’s own recent experience also calls into question their ability to quickly defeat the Kurds. In 2016 Turkey laboured through a 100+ day campaign against a demoralised ISIS force in al-Bab – a city much smaller than Afrin and located in considerably less hostile terrain.

The YPG forces in Afrin are larger, better-equipped and battle-hardened. Moreover, they have seen this attack coming for some time. On a research trip to Kurdish-controlled Northern Syria in September last year, I spoke with YPG commanders who were even then preparing for an expected Turkish offensive into Afrin. Certainly there is no element of surprise on President Erdogan’s side in this battle.

As such, it is inevitable that the campaign will drag out into a prolonged conflict and may spread to other Kurdish areas across Northern Syria. This will not only help ISIS – who have been held at bay by Kurdish forces – to regain a foothold in the region, from which to potentially launch attacks on Europe. It will also re-ignite conflict within Turkey between the Kurdistan Workers Party (PKK) and the state.

The PKK has shown twice in the recent past that it is willing to take extreme risks to oppose Turkey’s war on Kurds in Syria. In 2012 and 2015 the group carried out a series of domestic attacks which resulted in significant casualties, in successful attempts to divert Turkey’s attention away from the Kurds in Syria. Intervention in Syria thus looks likely to go hand in hand with destabilising Turkey itself.

Europe-Turkey relations are only just beginning to recover from the fallout after the attempted coup in Turkey in July 2016. Erdogan has toned down his rhetoric directed at Germany and others, and Europe is drawing less attention to civil rights abuses related to Ankara’s purge of political opponents.

But an intensified conflict with the PKK, and the inevitably civilian casualties this would cause, would end this détente, putting at risk the EU-Turkey refugee deal which had such a pronounced impact on easing the refugee crisis last year. A new spike in refugee numbers is the last thing the EU or UK need this year.

Finally, even if the intervention were somehow successful and managed to avoid destabilising Turkey itself, there is the small matter of the YPG being Britain’s allies in the fight against ISIS, and arguably the key component of both the anti-ISIS and anti-Assad/Russia forces in Syria.

Mr Johnson’s support for the Turkish intervention is thus remarkable for its short-sightedness. Instead of pandering to his border-obsessed base, the foreign secretary should be using London’s communication channels with both Ankara and the YPG to mediate this conflict.

The UK could assist both in calming Turkey’s sense of threat from the YPG, as well as in giving Syrian Kurds a chance to set up permanently ISIS free regions, in line with long-term UK interests. This is the choice a responsible policymaker would take. It is now up to Mr Johnson to prove that he can meet that standard. 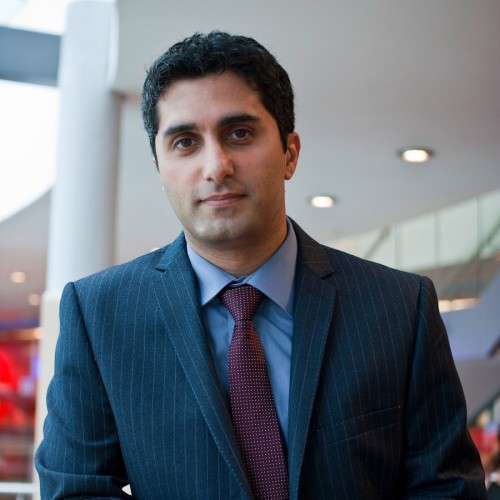