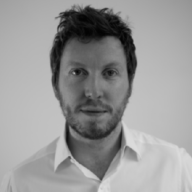 Andrew Small is a senior transatlantic fellow with the Asia program at the German Marshall Fund of the United States. Additionally, he is an associate senior policy fellow at the European Council on Foreign Relations.

He was based in GMF’s Brussels office for five years, where he established the Asia program and the Stockholm China Forum, GMF's biannual China policy conference. He previously worked as the director of the Foreign Policy Centre's Beijing office; as a visiting fellow at the Chinese Academy of Social Sciences, and was an ESU scholar in the office of Senator Edward M. Kennedy. He is the author of The China-Pakistan Axis: Asia's New Geopolitics.

The meaning of systemic rivalry: Europe and China beyond the pandemic

The crisis is intensifying demands for Europe to puts its China policy on a more open, accountable, and values-based footing

Trading places: Europe and China in 2020

The US-China trade deal could make life tougher for Europe. But there are risks for China too in provoking greater coalition-building against it.

It benefited from the contrast that many Europeans drew between China and Russia. In this view, whereas Russia was actively hostile to the EU, China only sought to stymie European unity on a set of narrowly Sinocentric issues.

Andrew Small quoted on how Beijing had been able until recently to hide behind EU suspicions of Russia.

Europeans now have real concerns that greater integration with China’s economy will create new vulnerabilities that Beijing will exploit.

The Atlantic takes not of Andrew Small's latest policy brief on EU-China relations.

China’s attacks on the US were to be expected, given the geopolitical tension between the countrie.

Andrew Small discussing whether China and US are on collision course in a new cold war.

China’s attacks on the US were to be expected, given the geopolitical tension between the countries.