In early October, the European Union’s special representative for the Belgrade-Pristina dialogue, Miroslav Lajcak, visited the two cities to negotiate on the normalisation of relations between the sides. This came after a spate of internal political crises in both Kosovo and Serbia, and a controversial agreement forged in Washington the previous month. The fragmented internal politics of both states provides ample ground for misunderstandings, making the road toward a final, legally binding agreement very rocky indeed. The prospects for resuming the process soon and reaching a mutually acceptable agreement depend mainly on internal political cohesion in both Kosovo and Serbia, as well as on who wins the US presidential election on 3 November.

The political landscape in Kosovo has fundamentally changed. In the last few years, there has been rising public demand for a new generation to take over politics and governance. Yet the composition of the current parliament reflects a political class characterised by incompetent and corrupt governance, a lack of any vision for the future, and a failure to fulfil voters’ ambitions of prosperity.

The political situation in Kosovo may have never been so tangled. Since the parliamentary election on 6 October 2019, the government has been led by Avdullah Hoti, a politician who received almost seven times fewer votes than Vjosa Osmani, his party’s candidate for prime minister. Hoti acquired this position through political engineering – some of it supported by external actors – in everything from a motion of no-confidence in the middle of a pandemic to a dubious Constitutional Court ruling allegedly backed by President Hashim Thaci. Making matters even more complicated, the Special Prosecutor’s Office in The Hague announced that Thaci could be indicted for war crimes in the near future.

Hoti and the government he leads not only lack democratic legitimacy but face a complex series of political problems that includes a pandemic, an economic crisis, a deadlocked dialogue with Serbia, and an agreement with Washington that is impossible to implement. The paralysis of parliament – in which factionalism leads to endless disagreements over even basic and essential laws, such as those on a covid-19 recovery package – makes the situation even bleaker. As a consequence, parliamentary democracy in Kosovo has become dysfunctional, at best.

The political crisis in Serbia

The political climate in Serbia has not fared much better. There, in contrast to Kosovo, one political actor calls all the shots. President Aleksandar Vucic may initially appear to be in a strong position due to recent election results but, in reality, his support base appears to be relatively shaky. This reflects his government’s efforts to establish a one-party state, its lack of political dialogue with the opposition and civil society groups, its controversial relationship with the Church, and its stated ambitions around the “unification of all Serbs”.

Vucic appears to be uninterested in reaching a comprehensive agreement with Kosovo, particularly if this could damage his prospects for re-election in 2022. Overall, the EU-facilitated negotiations between the countries have lost credibility in Serbia. And Belgrade has failed to communicate with the public on the process, particularly as concerns major developments in Brussels in recent years. In this sense, ‘constructive ambiguity’ has not lived up to its name. The Serbian government’s narrative on talks with Kosovo is largely designed to provide cover for state capture.

The Kosovo government has lost further public support due to its shifting stance on the dialogue with Serbia. The opposition and civil society groups criticise the government’s shift of focus from mutual recognition to economic normalisation, as is the case with the Washington agreement. The deal has met with mixed feelings not only in Kosovo but across the Western Balkans, including in Serbia. Many in the region have expressed doubts about its nature and value, as well as its implementation. The public reaction to the deal has also focused on its complex, problematic relationship with the EU integration process and the standing of both Kosovo and Serbia in the international arena.

Recent deadlock in the EU-facilitated dialogue between Kosovo and Serbia – caused by disagreements on the status of Serb-majority municipalities in Kosovo – reflects the countries’ unstable political climates and their lack of a vision for how to move forward. The uncoordinated, confused, and conflictual role of US Ambassador Richard Grenell in the process has only complicated matters further. For Kosovo, US involvement in the negotiations is a guarantee of statehood; for Serbia, Grenell’s imprimatur from President Donald Trump – who has a penchant for authoritarian leaders – seems a passport to the White House, a place that has been largely off-limits to Serbian leaders in the last 30 years.

Neither Kosovo nor Serbia will change much politically until after the US election. For the time being, they seem to have given up on the dialogue facilitated by the EU. Regardless of the result of the election, the EU will continue to oversee the bulk of diplomacy between the two countries.

If Trump remains in power for the next four years, the EU’s policy on the Western Balkans will focus on damage control in the region – especially in the dialogue between Kosovo and Serbia – due to his unpredictable and transactional approach to foreign affairs. If Joe Biden wins, this will elicit a loud sigh of relief from most European governments. As a staunch supporter of transatlanticism, Biden will offer the necessary support to the dialogue. Indeed, he has already pledged to treat Kosovo and Serbia equally.

But it is up to the EU to show robust leadership, and thereby gain credibility, in the process. The bloc can start by speaking with a unified voice vis-à-vis EU integration in the Western Balkans, and by avoidingconstructive ambiguity. As several of its member states do not recognise Kosovo as an independent country, the EU has adopted a neutral position on its status. By recognising Kosovo, the EU could free itself of many obstacles to fulfilling its promises on an EU perspective for Western Balkans countries. Simultaneously, the EU should find new, efficient ways to support democratic forces in Serbia – to prevent the country from sliding into full-on autocracy. The bloc should send a clear message that autocratic governments will not gain EU membership. 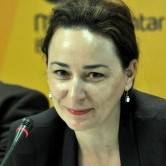