I admit it: I was one of those who thought Italian Prime Minister Matteo Renzi was overconfident when he insisted on putting Federica Mogherini forward for the post of High Representative.

In July, 11 member states from Eastern Europe blocked the Italian foreign minister’s bid, arguing that she was too close to Russia. Many of us thought that that was the end of Mogherini’s hopes. Renzi had been too precipitous in proposing her – or rather, demanding her – and he exposed the young Italian minister to sharp criticism. People said she was too young, too inexperienced, too little known, and lacked the leadership required to deal with the immense challenges of today’s world.

But, as I argued after the European elections, Renzi had a card to play: he received 41 percent of the vote in the European Parliament elections in Italy. While we all know that Renzi is a skilful player, many people thought he would not be able to play the game he plays in Italy in the same manner in Europe. It seemed unlikely that he could gamble at this level. But Renzi did and Renzi won – again, in Europe just as he has done in Italy.

The facts have shown that Renzi was more pragmatic than those who wanted an economic portfolio for Italy were. This kind of job would certainly be important for the country, but those who emphasised an economic role were forgetting that the President of the European Central Bank, Mario Draghi, is Italian – and that post counts for a lot.

Renzi first won his battle for Mogherini in the European Parliament’s Party of European Socialists (PES), in which Mogherini is very well known, given that before becoming Italy’s foreign minister she brought the Italian Democratic Party into the coalition. And then he succeeded in winning over German Chancellor Angela Merkel. Apparently, when Renzi thanked Merkel for her support for the Italian candidate, she replied: “I owed it to you.” Surprise: Renzi knows how to manoeuvre in Europe, whether people like the way he does it or not.

I disagree with those who thought the post should be given to an experienced national foreign minister. Unfortunately, today it is one thing to be minister of a member state, but quite another to be the High Representative. At the moment, member state ministers too often fight for national interests. The High Representative needs to be someone with a collective vision for Europe, who is capable of building that collective vision and of spurring collective action among member states. Federica Mogherini is certainly a true European. Both her personal story and her background of political activism speak for themselves. She may well be more European than many other supposedly more experienced European ministers. These days, that cannot be taken for granted.

Nobody would spend time discussing the new High Representative’s experience if a big name had been appointed and Mogherini does not need anyone to justify her right to hold the post. But anyone in the international relations field knows her ties to the Progressive Americans, especially to the new generation of the Democratic Party, as well as her commitment to international co-operation and development and her 20-year knowledge of foreign policy dossiers.

As Italian foreign minister, Mogherini has already travelled the world. In her new role she might consider travelling less, delegating more, and prioritising goals. However, from the press conferences she has held, it looks like she has already set her priorities. As vice-president of the European Commission, she must try to reinvigorate a European dream that needs to come alive again. And as High Representative, she must address the crises (plural) that Europe faces today, starting with the Mediterranean. Here, Europe needs to come up with a political response that has not yet been clearly articulated. We keep being caught by surprise: by the Islamic State, for example, and by the legacies we left in the world, such as that in Iraq. We arm actors without investigating the linkages between factions, rebels, and tribes. Yes, the challenges ahead are immense, as Mogherini has described them. But before giving up on it, this new Europe should be given a chance. 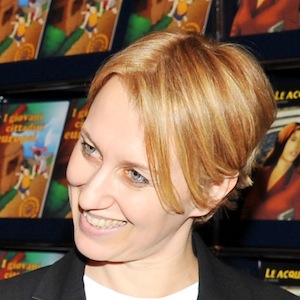