“Big noise on stairs, nobody coming down.” Alas, the old Chinese saying applies all too aptly to the European Union’s latest scheme for promoting defence efforts by its member states: permanent structured cooperation, or PESCO.

Unveiled on 13 November 2017, the new plan was hailed as ‘historic’ by Federica Mogherini, the EU’s foreign and defence policy chief. Even more complacently, the protagonists announce that their new agreement sends a “strong political signal towards our citizens and the outside world”. Not if they read what it actually says, it doesn’t. Indeed, the main question raised by this latest damp squib is just how often can the EU fail to deliver on its defence ambitions before the whole notion of an EU ‘defence project’ becomes terminally discredited?

There have been months of build-up. Soon after last year’s Brexit vote, French and German foreign ministers identified the realisation of PESCO (provided for in the 2009 Lisbon Treaty, but so far unused) as a key way to demonstrate that the EU remained undaunted and determined to press ahead. President Juncker has talked of the awakening of the Lisbon Treaty’s ‘sleeping beauty’. President Macron and Chancellor Merkel pledged to make it happen in short order. So now we have it: and here is what is so disappointing about what has actually emerged. 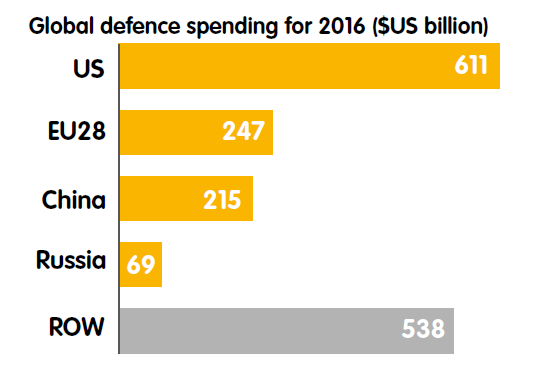 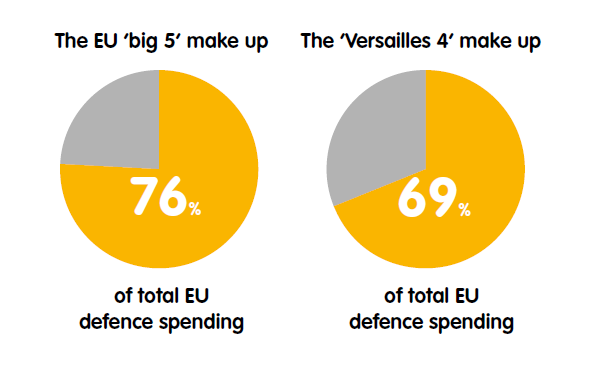 The ‘pioneer’ concept has been abandoned

The Treaty’s intention is clear. The PESCO group are intended to be an advance-guard, or group of pioneers, leading the way to greater defence integration. But now it seems that 23 of the EU27 are to be included – maybe as many as 25 by the time the enterprise is finally blessed at the EU summit. Who knew that almost all the member states had military capabilities which, in the Treaty’s words, “fulfil higher criteria”? And how astonishing that all but a couple are now prepared to make “more binding commitments” to one another with a “view to the most demanding missions”.

The concept of the advance-guard has been replaced with that of the convoy; and the Poles, who oppose the whole idea of European defence, are not even troubling to conceal that their purpose in joining the convoy is to slow it down.

The commitments are not so much ‘ambitious’ as risible

The Germans have been the principal champions of an ‘inclusive’ PESCO, whilst France has argued for a more ‘ambitious’ model. Word was that the circle would be squared by accepting post-dated cheques. In other words, the French agreed that the doors could be opened wide provided the commitments were not diluted – which, since most member states were in no position to make ambitious commitments now, would mean letting them in on the basis of promises to achieve the necessary standards over a (defined) period of time. 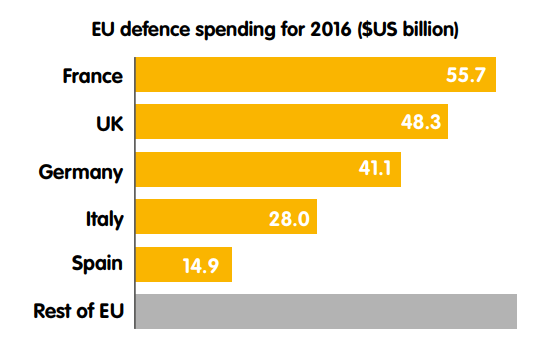 But, in the event, the commitments have simply been watered down so as to become virtually meaningless. “Commit to considering…” reads one. “Commit to ensure increasing efforts…” reads another. Even in the couple of places where hard figures about defence spending appear, they simply repeat promises made more than a decade ago (and of course not realised). The ‘pioneers’ will not even promise to discuss their defence plans with each other, pointedly insisting that the so-called CARD review process is voluntary. There is no value-added in any of this — nothing which member states should not already be doing in either the European Defence Agency (EDA) or the wider CSDP context.

The main output will be lots more bureaucracy

The whole point of PESCO, like other forms of small-group cooperation allowed in the Treaty, was to enable those who really wanted to get on with something to, well, get on with it, unencumbered by heavy processes and the need to win the acquiescence of everyone else. Instead, PESCO has been freighted with the most elaborate possible governance structure, fully assimilated to the panoply of Brussels institutions. The whole alphabet soup are to be involved: Council, PSC, PSG, EEAS, EUMC, EUMS, you name it. PESCO projects will have to be approved by the Council at 27. A whole new set of assessments and reports will be required. And defence ministers will now have the chance to ‘take note of progress’ and ‘encourage further efforts’ in three different fora: Council, EDA Steering Board, and Council-in-PESCO-format. Effort will be dissipated, and responsibility comfortingly blurred.

PESCO was always going to be tricky to implement; how were the sheep to be sorted from the goats without antagonising the goats, and licensing them to do nothing? But declaring every goat a sheep serves no useful purpose, and actually makes the achievement of real-world results more laborious and uncertain.

There will be brave souls in Brussels who try to make something of the new processes, to generate peer pressure: but this whole PESCO structure is beribboned with get-out clauses such as “acknowledging individual constraints…” In other parts of the European defence forest, such initiatives as joint Franco-German equipment projects or the Commission’s Defence Fund may yield real results; and the logic for greater defence integration remains as compelling as ever. But this PESCO debacle only makes it harder to keep the faith.