This Thursday and Friday, our Council gathers to discuss the future of European foreign policy. Our policy experts preview some of the issues that we’ll be debating. Follow this page for more information. #ECFR15

Exercising power in the digital and internet world is not a case of pouring old wine into a new bottle. An environment that is inherently international, commercial, and pervasive across the public and private sectors, cannot easily respond to national or multilateral policy creation mechanisms. It is this inapplicability of traditional methods of governing to the digital realm that has left state actors frantically scrambling to find means of understanding and controlling it, and with varying success.

Yet the scale of the digital economy, the far-reaching security implications of cyberspace, and the opportunity it presents for state and non-state actors to shape the international agenda, make success paramount. Unfortunately in all three areas, the EU is lagging far behind. At a glance one can see the digital economy is the preserve of the USA and Asia, whether that’s internet (Google, Facebook and Amazon), mobile phone (Samsung, Apple), or telecommunications companies (NTT and AT&T).  Whether due to the distorted nature of the digital market (a monopolistic suppression of competition) or European overregulation, it is a market in which Europe is running a geo-economic deficit.

In terms of the digital security dimension, we are seeing an escalatory cycle of militarisation in cyberspace provoked by the militarisation of a small group of states. Approximately a dozen are now in possession of advanced cyber-warfare capabilities, with a further 60 to 100 now understood to be developing theirs. The interconnected culture fostered by the internet heightens security issues, exposing critical infrastructure and sensitive data to asymmetric threats, asymmetric in that offence is easier and cheaper than defence (which in turn escalates the militarisation process). For example, the Finnish government discovered in 2013 that a highly sophisticated cyber-attack had been extracting intelligence from its diplomatic communications over a period of three to four years. Yet in the face of these digital dangers, the EU lacks vital coordination, largely due to unwillingness on the part of member states to share intelligence. In the Finnish case, the Ministry of Foreign Affairs concealed the breach of its data network until a leak to the media forced them to publically announce it.

Other actors have not been quite so slow to respond to the digital revolution. Certain states, particularly Russia and China, are increasingly pushing for internet sovereignty. Alarmed by the anarchic ideology of information libertarianism that underpins much of the internet, they seek a state-centric model of governance. Rather indicatively, neither state refers to ‘cybersecurity’ or ‘cyber-weapons’ but instead to ‘information security’ and ‘information weapons’. In the face of such strategies, Europe’s is found wanting. A united approach is hampered not only by the aforementioned member state unwillingness but by a hugely disparate level of digitisation across member states. High performers in this field are the Scandinavian countries alongside Estonia (dubbed ‘E-stonia’), whose digital development must be replicated by other member states if Europe hopes to maintain the internet as an open and free marketplace of ideas.

The European Commission is certainly on the right track with its Digital Agenda. This hopes to address Europe’s shortcomings by investing in information technology infrastructure, creating a digital single market, and stimulating uptake of digital technology, among other things. Undoubtedly this is a step in the right direction and a step away from the previous obliviousness of European political elites. But it is essential that Europe adopts unconventional means in this very unconventional space. A top down, government-led, policy-driven approach will not be enough. Reflecting the internet’s blurring of traditional borders and boundaries, there needs to be a multi-stakeholder response, marked by a constant dialogue between state, private, and public actors. This model, currently being pioneered by the Internet Governance Forum, needs to be emulated at the European level with the active participation of informed governments.

Europe needs to pool its resources for a unanimous effort and quickly. For history shows that technological revolutions have the capacity to make or break great powers. The Mongols missed the invention of gunpowder, the Chinese were left behind by the first Industrial Revolution and the British failed to keep up with the second. The “third Industrial Revolution” – the digital revolution – is well underway and Europe cannot afford to miss it. 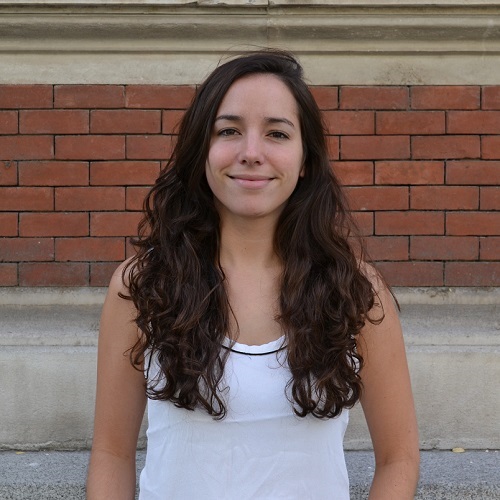