In what is certain to be the first of many ‘October surprises’, the world today learned that Donald Trump and his wife have both contracted the covid-19 virus. For a political leader, a serious disease is both a personal challenge, in the normal way, and an institutional challenge to ensure continuity and confidence in governance. For the president of the United States, it is also a concern for the entire world. On the personal level, we can only wish them a speedy recovery. But how should the world see the institutional risks of the president’s illness?

The idea of Trump as president getting covid is not itself destabilising. Institutionally, the US government has an impressive amount of succession planning in the 25th amendment, arguably more than any other country on earth. It has been seen to work before, particularly during the George W Bush administration – the president briefly turned over the reins twice to the vice-president during colonoscopies. In the current circumstances, Trump does not really run the US government anyway, he just disrupts it at semi-random intervals. So his absence would actually increase the coherence and consistency of US policy.

This unusual observation highlights that what has always been destabilising about Trump’s administration is not really his policies, it is him – the unpredictability, the intemperate outbursts, the needless attacks on allies, and the self-absorption. In this sense, the worry from foreign governments will likely be its effect on the president’s fragile psyche. It is nearly a universal view among governments in Europe that Trump is not stable, more in the sense of a toddler than a madman. But, as any parent knows, locking a toddler in a room for two weeks is not conducive to good behaviour.

There are several quite frightening possibilities:

The fact that the president has contracted covid, more than six months into the pandemic (despite stating 10 days ago that hardly anyone gets it), will also reinforce the view abroad that the US response has been incompetent. It appears that the Trump administration particularly is politically and intellectually incapable of taking the disease seriously and implementing an effective plan to deal with it, even in Trump’s own house. Incompetence has become the leitmotif of the European understanding of the US response to covid. It arguably has permanently damaged the sense of US competence and capacity for global leadership – it has highlighted how the deep and perpetual partisan battles in the US can and probably will continue to spill over into policy that matters abroad. 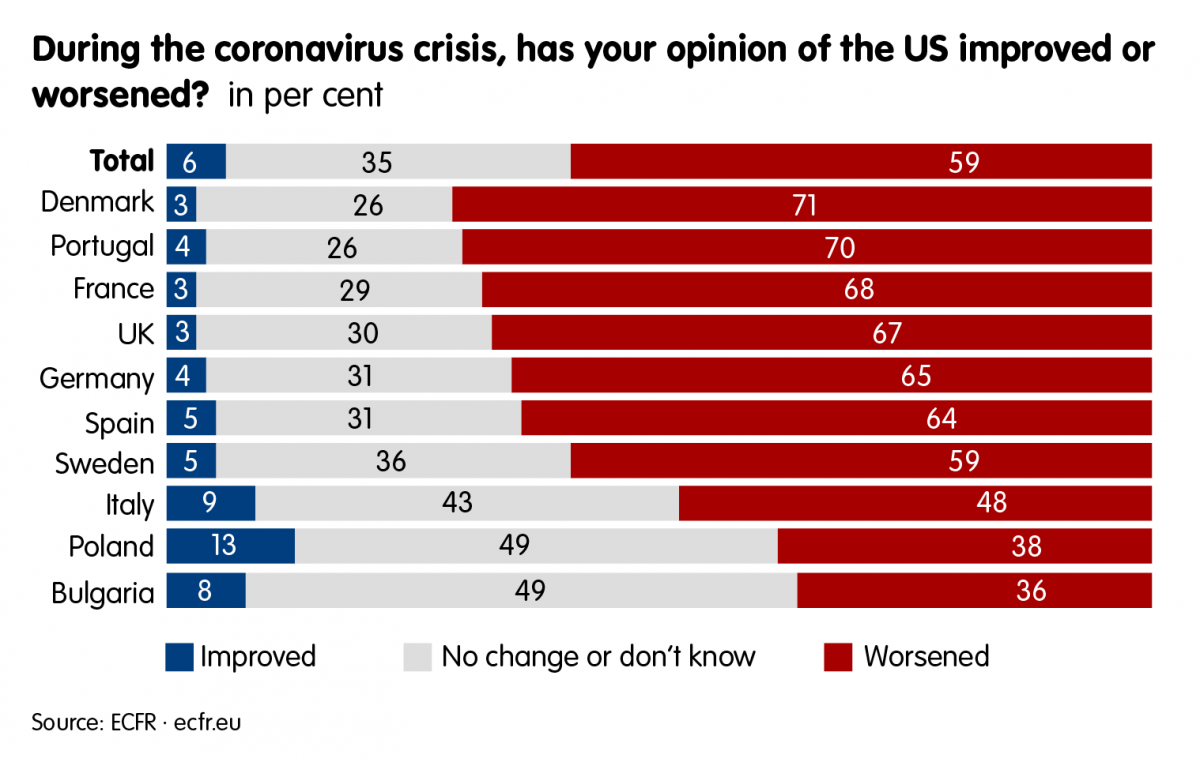 The effect on the US presidential race, which consumes most of the speculation in the US press, is probably less consequential (assuming the president’s illness does not become serious). The president’s campaign will stall for two weeks in the home stretch and attention will turn back to his poor handling of the pandemic. But the race has remained spectacularly stable through a global pandemic, a deep recession, violent race riots, and a white supremacist resurgence. Opinions of Trump, both for and against, are deeply settled and probably could not be upset by anything short of his conversion to Islam. Any sympathy for him that his illness might generate will be outweighed by the image of weakness and vulnerability it portrays. Trump’s central appeal has always been his alpha male image of strength and vitality. For this reason, he has never sought and does not really want sympathy from his supporters. We can expect the White House to continually play down the seriousness of the president’s condition, even if he is on the brink of death.

The situation would get a lot more complicated if Trump managed to infect his opponent Joe Biden during this week’s debate, taking dirty campaign tactics to new heights. Both Europeans and Americans will be holding their breath while waiting for his campaign to announce a test result, which they will probably do in the next day or two. If Biden does get sick, that would throw the presidential race into yet further turmoil.

So, assuming you do not have covid, breathe easy and gird yourself for more October surprises.