At the height of the refugee flows into Europe in November 2015, Dutch Prime Minister Mark Rutte invoked the decline and fall of the Roman Empire: “Big empires go down if the external borders are not well-protected.”

Though the comparison leaves a lot to be desired, the prime minister’s comment reflected the mood in Europe. In 2015 the feeling across the continent was that the flow of migrants was unmanageable, and that the European Union was too weak to control its borders. Onlookers declared the death of Schengen, and some governments rushed to reinstate border controls.

The events of the past year have raised fundamental questions about the external borders of the Union and whether the EU and its member states are capable of securing them. The EU has long taken the position that guarding the external borders is a national responsibility. But it has also recognised that many “frontline” member states need help with a task that is of great importance to all members of the Schengen zone. As a result, the Frontex border agency was created in October 2004 to help member states to manage the external border. It has faced serious limitations since birth, lacking its own staff, equipment, and operational capacity, and reliant on the invitation of member states to operate in their territory – which has often been lacking.

The events of the past year have raised fundamental questions about the external borders of the Union and whether the EU and its member states are capable of securing them.

The agency has long sought a bigger budget and broader mandate, but there was little progress until the migration crisis. The European Commission’s June 2015 policy paper on migration – the European Agenda on Migration – invoked a 2014 study on how the external borders of the Schengen area could be controlled by a common European system of border guards. In December, the Commission fleshed out the idea into a full proposal for the creation of a European Border and Coast Guard (EBCG).

The EBCG will absorb a strengthened Frontex – renamed the “European Border and Coast Guard Agency” – working alongside member states’ border authorities. Under the original proposal, the new body would have had greater powers, including the ability to enter a country without permission from its government; a budget twice that of Frontex’s by 2020; and more than twice the number of staff. The timing was right to propose centralised border control. The Paris attacks of November 2015 raised fears that terrorists could use refugee flows as cover; and Greece’s admission that it had only taken the fingerprints of around 121,000 of the almost 500,000 people who arrived between 20 July and 30 November made it much easier to gain support for the creation of a European border guard.

Everyone agrees on the need for a European Border and Coast Guard. The proposal has been approved by the European Parliament, in line with the the Dutch Presidency’s aim to finalise negotiations and reach an agreement by the end of June 2016. It will undoubtedly help overburdened member states like Italy and Greece to process arrivals. However, the expectations for the new agency are too high – in sharp contrast to member states’ limited willingness to contribute. Despite the expansion of its mandate and powers, the agency’s resources remain limited, and various aspects of its operation are unclear.

First, the proposal falls short of establishing a “European” border guard. Frontex has welcomed the plans for a rapid reserve pool, as it struggled to secure enough vessels, aircraft, and border guards to assist Greece in 2015. However, a bolder solution would have been to give the agency a significant permanent staff, present at all external borders. This would allow for common operational responses, better coordination, and centralised monitoring of the European borders by agency staff on the ground.

Second, there is still a lack of clarity around who is responsible for what in terms of the agency’s operations. The proliferation of actors involved in maritime surveillance and border controls means that the governance of the external borders is increasingly blurry.

This leaves ambiguous the issue of who is responsible for search-and-rescue operations. Frontex in the past had limited capacity for these operations, as budgetary restrictions prevented it from acquiring the necessary equipment, which is very different from that used in surveillance operations. In reality, it is unlikely that EBCG will be able to prioritise obtaining the necessary equipment and bolstering its search-and-rescue operations in the Mediterranean, as maritime surveillance is increasingly set as the agency’s priority. These questions about roles and resources should be addressed now, to ensure the agency and member states are aware of their obligations, and avoid further humanitarian disasters in which migrants are not rescued due to the failure of any authority to step up to the task.

This lack of clarity also has implications for accountability. In the past, Frontex has argued that it is not responsible for any alleged violations of human rights, since it does not have operational responsibility. The current proposal significantly alters the role of the agency, making it imperative to set up an independent authority – along the lines of the European Ombudsman – to process allegations of rights violations.

These questions about roles and resources should be addressed now, to ensure the agency and member states are aware of their obligations, and avoid further humanitarian disasters in which migrants are not rescued due to the failure of any authority to step up to the task.

Third, the new agency will continue to rely on the cooperation of member states, which has been lacking in the past. For example, states have yet to fulfil their pledges to Frontex over its deployment to Greece. In September 2015, Frontex’s executive director launched a call for 775 officers, but after several months, it had received only 300. It was only after the Rapid Border Intervention mechanism was put in place that member states deployed higher numbers – some 950 officers to fill roles including screening, debriefing, fingerprinting, and escorting migrants.

It is paradoxical that member states are willing to support a new framework of operation that commits them to pledges, tasks and responsibilities that they refused to carry out under Frontex. A new policy, legal framework and name are unlikely to significantly boost intra-EU cooperation.

Finally, there are limits to what a new border control agency can achieve on its own. Border controls are one side of a complicated equation – they must be matched by asylum policy. Many arrivals are refugees, who cannot be returned but must be protected under international law. On this front, the EBCG can only assist in screening. The EU should match its efforts to create common control of the external borders with efforts to improve the common asylum system and ensure that mixed migratory flows are properly addressed at the borders, in terms of reception, access to asylum, and respect for fundamental rights.

The Commission’s May 4 proposal for reform of the Common European Asylum System unfortunately maintains the Dublin mechanism – under which the first member state an asylum seeker enters is responsible for addressing their claim – despite its clear failure in both humanitarian and practical terms.

There is a need for a European Border Guard, not only because Europe is facing greater challenges due to the geopolitical crises in its neighbourhood, but also because of the need to share the burden of refugee and migrant arrivals between member states. However, any agency will depend on the cooperation of member states. Without commitment and political will, there is a danger that the EBCG will be new in name only. 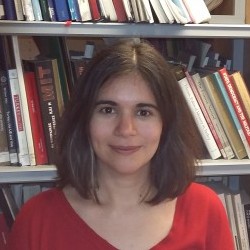