Wrecked by the euro crisis and a loss of the confidence that helped it expand to the current 27 members, the European Union might be expected to shrink rather than grow in the coming few years. Without an effective solution to the euro crisis, the odds are that states might exit the common currency, if not the EU as a whole, and further expansion seems a long way down the list of priorities.

However enlargement is far from over, with Croatia due to join next year and other countries in the Western Balkans still working towards accession. And although the challenges are considerable, further expansion is not just in these countries’ interests but in the interests of the EU itself.

Although Croatia is far ahead of its neighbours in the accession queue, they are not doing too badly themselves. Montenegro embarked on membership talks back in June, while Serbia was pronounced a candidate in March. Even the laggards are moving forwards. Bosnia and Herzegovina might apply for membership by the end of this year if it implements landmark constitutional reforms.

The European Commission has started work on a feasibility study which, over time, might lead to an association agreement with Kosovo (still not recognised by five of the EU’s members). Stealthily, enlargement has even recovered some of its lost lustre in the case of Turkey too. Ankara and Brussels initiated a readmission agreement which is a first step towards lifting the visa regime, the cause of a long-standing grudge in Turkey. Enlargement Commissioner Stefan Füle has inaugurated a “positive agenda” to resuscitate stalled accession talks.

The trouble is that these institutional realities, encouraging though they may be, are at odds with day-to-day politics. The Western Balkans are suffering from an economic crisis that has only been exacerbated by the cold winds blowing from the EU, the region’s principle trading and investment partner.

The regional star performer, Croatia, is in recession, while most others’ growth rates are anaemic. As Italian, Austrian, Greek and Slovene banks struggle to weather the financial storm sweeping across the continent , the Balkans are living through a credit crunch.

Neither migrant remittances nor foreign direct investments have recovered from the slump that began back in 2008-9, and unemployment is on the rise. Integration into the EU was supposed to push up living standards and open new opportunities. In reality, exposure to Europe’s malaise, in combination with delayed reforms at home, are deepening stagnation. In politics, populists have been reaping the benefits by harnessing social discontent, as seen recently in Serbia.

Such challenges should not dampen EU resolve. Understandably the woes of the Western Balkan are far from the most pressing matter, with the future of the euro hanging in the balance and Syria in flames. But neglecting the region would be dangerous, and would effectively write off the notable gains made since the dark days of the 1990s. European foreign policy effectively started in the Balkans, and it would be a shame if it ended there too.

The main risk is through slow erosion, rather than a swift and decisive death. Officials and pundits alike tend to see the Western Balkans as the Union’s backyard, surrounded by EU territory, and economically and politically dependent on Brussels. Interdependence, however, is not destiny.

There is a widening gulf between the pro-EU rhetoric of the elites in power and the familiar routine of patronage, corruption and rent-seeking that shapes the politics of the region. A lack of pressure from Brussels only sends encouraging signals to those who have grown used to talking the European talk, but rarely walking the walk.

Such politicians also know that allies and business partners can be found beyond the EU. Tomislav Nikolic, Serbia’s newly elected president, chose Moscow rather than Brussels as the destination of his first trip abroad. Turkey’s recent economic progress underlines that EU membership is now not the only choice available.

To play a more effective role in the region the EU has to first change its narrative about the Western Balkans. Once it was all about security and conflict management; today, by contrast, the region’s problems mirror those of Europe as a whole.

The key to success is therefore to reclaim the role of the engine for growth and development, although of course much depends on whether and how the EU manages to deal with its own internal mess. Other things matter too, as the current economic crisis is potentially changing the shape of integration, with the Western Balkans risking being consigned to an outer circle in a future multi-layered Europe.

Some might see such an outcome as a blessing that lowers the costs of accession, but it could also be a curse: peripheral attachment to the EU could equally mean lack of meaningful political, economic and institutional modernisation in these countries. Enlargement has to continue being a process of gradual inclusion based on convergence criteria.

Lastly, the EU has to deploy more efficiently its scarcer resources in the next budgetary period and bolster growth in the Western Balkans through helping build export capacity, drawing in FDI and strengthening regional cooperation. Only then will the EU demonstrate in this vital region that Europeanisation remains the best bet for the future, for the region and for the EU itself.

The article first appeared on EUobserver. 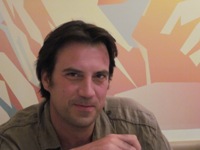