Egypt’s concern about the Grand Ethiopian Renaissance Dam (GERD) has gained a new intensity. Since its launch in 2011, the project has elicited a mixture of denial and opposition from Cairo – despite the conclusion of a water management agreement between Egypt, Ethiopia, and Sudan in 2015. Earlier this year, Egypt reportedly considered a response to GERD that involved either a bilateral agreement with Ethiopia (which would exclude Sudan) or even military action.

However, judging by its recent bilateral and regional diplomatic efforts, the government of President Abdel Fattah el-Sisi has accepted that the dam will be built and is instead working hard to mitigate the problems the project could create for Egypt. Sustaining this drive will require determined effort, both domestically and in the wider region.

A $4 billion feat of engineering with a planned production capacity of 6,000 megawatts, GERD is crucial to Ethiopia’s energy security and economic growth. Ethiopia hopes that the hydroelectric dam – Africa’s largest – will extend the power grid nationwide by 2025, serving the roughly 86 million Ethiopians who currently lack access to electricity.

When Addis Ababa first embarked on the project, Cairo objected that it would violate regional treaties Egypt and Sudan signed in 1929 and amended in 1959. Cairo believed that these agreements, which allocate most of the Nile’s water to the signatories, would act as a bulwark against unilateral measures that reduced its access to the river. Yet, under intense domestic pressure to enhance its economy and aware that political upheaval threatened Egyptian stability, Ethiopia embarked on the project nonetheless, funding most of the work itself.

GERD will divert much of the water that has historically flowed into the Nile Delta along other routes. With the project 60 percent complete, Ethiopia can begin collecting water and filling up portions of the dam in a process that could take up to 15 years. As a consequence, Egypt’s supply of fresh water from the Nile will drop by an estimated 25 percent over the next seven years.

For Cairo, this is an existential threat. Because the river provides around 85 percent of Egypt’s fresh water, such a drop could cause the country to suffer from absolute water scarcity in the near future – unless it reforms its water usage policies. As it stands, a rapidly expanding population, wasteful irrigation practices, high levels of water pollution, and a lack of effective water recycling or desalination facilities have precipitated a sharp rise in Egypt’s water deficit.

Egypt should endeavour to defuse any conflict arising in negotiations over these challenges, because it has the most to lose

To address the problems associated with GERD and avert a crisis, Egypt has begun to pursue domestic and regional strategies on the ground. With the help of the European External Action Service, the country has completed a National Water Resources Plan that focuses on water management over the next two decades. The plan covers efforts to raise awareness on water usage practices, promote water conservation, reform the public water sector, invest in desalination plants, and upgrade the country’s irrigation infrastructure.

As all these measures are of vital importance to Egyptian water security, the government must implement them in a sustainable manner. Governmental bodies have announced that they will pursue large-scale legacy projects such as numerous desalination plants. However, it is equally, if not more, important to tackle endemic issues that have undermined Egypt’s water security, including the inefficiency of its inefficient irrigation infrastructure.

Yet significant improvements in this area will not by themselves offset GERD’s impact, let alone the broader water supply problems Egypt confronts. Cairo also needs to engage in regional diplomacy.

There are signs that Egypt has (wisely) decided to focus its diplomatic negotiating strategy on the period in which Ethiopia is filling the dam’s reservoir. It is in Cairo’s interest that Addis Ababa take as long as possible to complete this process, buying time to pursue domestic reforms and bring new desalination and water treatment plants online.

In this, Egypt will have to contend with pressure to reap the benefits of the dam from within Ethiopia. Sudan’s role is another factor that complicates the strategy. Although the country is also a beneficiary of the Nile’s downstream flow (as per the 1959 treaty), it has supported Ethiopia’s construction of GERD – much to Egypt’s consternation. A recent rise in tension between Egypt and Sudan over other issues, including a territorial dispute in the Hala’ib Triangle, may hamper Cairo’s efforts to gain support from Khartoum.

Nonetheless, it is imperative that Egypt maintains its current diplomatic momentum by pushing for a multilateral water management arrangement with Sudan and Ethiopia. Agreements between the three countries signed in May 2018, which build on the tripartite 2015 deal, provide the basis for broader cooperation, particularly in their call for regional infrastructure investment funds. As the countries face many of the same challenges, a joint regional approach to combating water scarcity and the instability it creates could be mutually beneficial.

Egypt should endeavour to defuse any conflict arising in negotiations over these challenges, because it has the most to lose. Moreover, it should envision ways to move beyond an immediate response to GERD and establish a framework for long term cooperation. It is here that the involvement of the EU can be most valuable, providing direct mediation, indirect technical support, and neutral oversight of countries’ fulfilment of agreements. Egypt’s current diplomatic drive also provides an opportunity to rework outdated treaties and construct a more robust regional framework that can meet future water security challenges. Given the threat it now faces, the country must take the lead in such efforts. 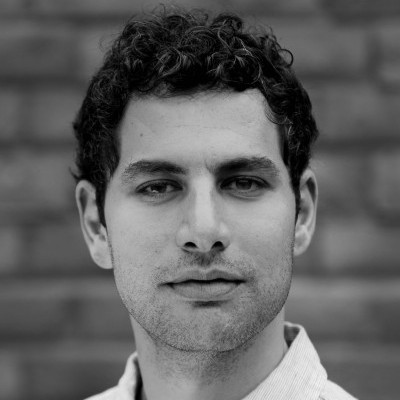