Seven weeks ahead of the presidential elections in Belarus, on 22 August, President Lukashenka has fulfilled a key demand of the West and released all remaining political prisoners: Mikalai Dzyadok, Ihar Alinevich, Yauhen Vaskovich, Artsyom Prakapenka, Yury Rubtsou and most prominently, Mikalai Statkevich, a former presidential candidate who has been held for 5 years. For a country routinely called the last dictatorship in Europe, this is huge news. What does it mean, why now and how should the EU react?

Firstly, we should be under no illusions about what it is not. This is not in any way a fundamental change or liberalisation of the regime in Minsk. Lukashenka has used political prisoners as chips to cash in with the West time and again and this time is unfortunately no different. Political prisoners have in the past included protestors, human rights activists and presidential candidates, have been jailed on trumped up charges, put away with arbitrary sentences and released on the presidents’ whim. This release is not a signal of any planned concessions or Western friendly policy changes to come. Nor is not a vindication that sanctions have worked. A blacklist of travel bans and asset freezes was first introduced in 2004 and has only grown longer, especially after the post-election crackdown in 2010. Regardless of their severity, there appears to be no link to the number of those in prison. By announcing an “amnesty” the president has in fact only emphasised his control by showing he will conduct himself (and his stranglehold over any opposition) only according to his own timescale.

It is also not a signal that the coming election will be any more free or fair. The “amnesty” came a day after registration of candidates was closed, the media is no more free nor other candidates (from an already weak opposition) any more visible. As the OSCE opens its election observation mission this month in Minsk it’s hard to imagine them concluding much differently to 2010 when they wrote: “There was a lack of independence and impartiality of the election administration, an uneven playing field and a restrictive media environment, as well as a continuous lack of transparency at key stages of the electoral process.”

What this is rather is Lukashenka’s manoeuvring closer to the West in the balancing game between Russia and the West, in which he has long experience. After the crisis in Ukraine Moscow now seems a less reliable partner and certainly less financial stable. Russia’s brazen intervention in Ukraine panicked both Belarusian people and its government. Meanwhile Belarus remains dependent on Russian subsidies and trade and after Western sanctions, a nose dive in oil prices and long term structural issues led to serious problems for the Russian economy, there’s been a strong impact on its Western neighbour. The World Bank now forecasts 2015 and possibly 2016 will see the first contraction in the Belarusian economy since 1995. Lukashenka needs new options.

Trying to strengthen Belarus as a state separate of Russia in the past year Lukashenka has uncharacteristically given support for Belarusian language and culture (rather than Russian) and improbably become the broker for Ukraine peace talks. Now he sees an opportunity to tick the West’s boxes for cooperation by achieving a good report for the elections ahead of 30 October when sanctions are due to be renewed as well as to then open the door to additional Western financing.

Lukashenka’s good will gestures may be part of a cynical strategy, but for the EU this remains an opening to dialogue with Belarus that it has lacked. In the past 5 years of sanctions and limited engagement, support for the EU amongst Belarusians has decreased considerably (currently over 50 percent are in favour of further integration with Russia, while only 30 percent with the EU). At the same time the war in Ukraine has dented the credibility of popular political protest for fear of intervention and instability. Europe needs to be more present again.

As Yaroslau Kryvoi and Andrew Wilson wrote earlier this year, we should now find ways to “renew the policy of engagement without the unrealistic hopes of 2009-10”. It was then that foreign ministers Guido Westerwelle and Radek Sikorski staked their own reputations on achieving democratic progress by offering Western financing for freer elections just weeks before the shock crackdown. This time, in return for the release of prisoners, so long called for (and after peaceful elections), a reciprocal gesture could include taking the president himself off the black list, whilst also fast tracking something with practical impact such as visa facilitation, which has been making good progress since talks began in January. Engaging more across the board in a variety of way could then follow, with new benchmarks for cooperation. It is right to be wary of the regime in Belarus, but the EU should nonetheless try to turn this into an opportunity in its favour. 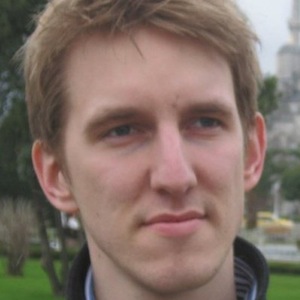