While international efforts to contain North Korea's nuclearisation have shown their limitations since Kim Jong-un's accession to power, as exemplified by today's declaration (met with wide scepticism) that the country had conducted its first H-bomb test, the EU is conducting a number of initiatives to engage with North Korea. As the number of “hard” security players in the North East Asia is already quite high – with the US and China directly involved, and Japan and Russia indirectly weighing on the security situation – the EU has focused its attention on human rights, a field in which it has already proven to be a valuable partner.

Indeed, the EU, along with Japan, has had a positive role in moving forward the UN agenda on human rights regarding North Korea. This has been a long term enterprise, with eight consecutive UN Human Rights Council (UNHCR) resolutions and ten General Assembly resolutions adopted, and extensive documentation work conducted since the introduction of a UN special Rapporteur on Human Rights in North Korea in 2004. The past three years in particular have seen tangible results for the two partners’ initiatives. The EU and Japan’s co-sponsoring of a resolution in the UN Human Rights Council in March 2013 has led to the establishment of a Commission of Inquiry (CoI) with a one-year mandate to investigate human rights abuses in North Korea. This was a first concrete step in challenging North Korea on its human rights record and providing evidence of the inhumane human rights situation on the ground.

In March 2014, the Commission presented its report at the 25th session of the UNHRC in Geneva, describing “unspeakable crimes” and calling for North Korean human rights abuses to be dealt with at the International Criminal Court (ICC) level as “crimes against humanity”. The UNHRC followed up on the report with the adoption on 28 March of a draft resolution calling for the referral of North Korea to the ICC, and for penalties for people involved in human rights abuses – making this resolution the strongest in content of any such resolutions to date at the Council.

The EU and Japan followed up on the CoI’s demand, despite a North Korean “charm offensive” to avoid any ICC mention by drafting and introducing the November 2014 General Assembly resolution endorsing the CoI report, explicitly referring to “crimes against humanity”, and calling for the UNSC to refer North Korea to the ICC. Following this series of resolutions, the UN Security Council discussed for the very first time the human rights situation of North Korea during its December 2014 meeting.

The EU and Japan continued their joint work this year as they again supported a UNHRC resolution on North Korea, and circulated a draft resolution in late October to General Assembly members – adopted by the General Assembly’s Social, Humanitarian & Cultural Committee in November with a record number of votes – that led to a UN General Assembly vote on 17 December.

For the second year in a row, and this time on the initiative of the US, the UN Security Council again discussed North Korea’s human rights record on December 10th – a remarkable event especially in light of China’s and Russia’s strong opposition.

EU-Japan cooperation has contributed to raising awareness both within the UN and among the general public. It has also increased UN pressure on the North Korea. “Keeping North Korea high on the international community’s agenda is critical for pressing Pyongyang to change,” explains Param-Preet Singh, senior international justice counsel at Human Rights Watch.

The CoI report of March 2014 also included a roadmap to move forward. One of these recommendations was implemented in 2015. A field office of the Office of High Commissioner for Human Rights was opened in Seoul in June, to continue investigating human rights violations in the North, but also to pursue engagement and capacity-building activities with governments of “all concerned states,” as well as with “other stakeholders”.

While the Security Council referring North Korea to the ICC is still unlikely due to Chinese and Russian opposition, the process that started with the establishment of the CoI opens a concrete path for documenting and preserving evidence of crimes in the perspective of a possible future prosecution.

These initiatives have had a cost in terms of engagement with the North Korea, with a halt of EU-North Korean discussions at the end of 2014. Yet, during its “charm offensive” to avoid citation in late 2014, Pyongyang did express openness to greater human rights engagement with the UN and international actors. On this occasion, North Korean diplomats met for the first time with Marzuki Darusman, U.N. special rapporteur on North Korea, in October 2014, and even “envisaged” inviting him to visit the country – before retracting due to the UN General Assembly vote.In October 2015, the United Nations' human rights office were again in talks with North Korea about a possible visit to Pyongyang by top human rights official, Zeid Ra’ad al-Hussein.

Backed by a policy of “critical engagement” with North Korea, which relies on regular political dialogue and development assistance programmes on the one hand, and diplomatic pressure and sanctions on the other, EU (and Japan) led efforts on human rights are making a difference and providing a way for the EU to effectively engage with Pyongyang. In this respect, and despite a lack of any hard power implication in the region, there may indeed be a continued role for the EU as a constructive soft security player in North East Asia. 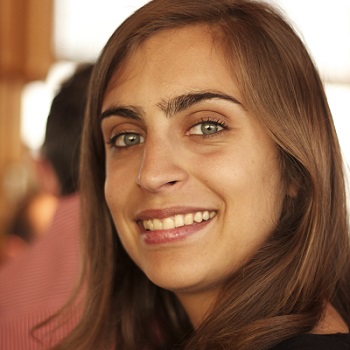