The number of migrants following irregular routes from Africa to Europe is just a fraction of what it was in recent years. But rising numbers using the Morocco-Spain route this year mean that this now represents the main entry point into Europe for sub-Saharan African migrants, although Moroccans also make up a sizeable proportion of entries. Morocco and Spain have sought to strengthen what has long been a close working relationship, including Spain recently advocating for Morocco to receive greater support from the European Union.

The two countries’ wider cooperation encompasses trade ties, development cooperation, and the emergence of an important Moroccan community in Spain. An important ingredient in this was Spain’s regularisation of thousands of migrants in the 1990s and 2000s, including 570,000 migrants in 2005, many of whom were Moroccan. Spain also continues to allow a certain amount of legal circular migration, giving some Moroccans the chance to work legally in Spain, albeit under quite strict conditions. Morocco, in turn, accepts the return of adult Moroccan migrants who enter Spain via irregular routes.

That said, migration management had lately taken a back seat, particularly during the economic crisis when many fewer people tried to cross into Spain illegally. But arrivals this year – 41,594 by the end of September, and a further 10,000 in October – have pushed this issue to the fore. In particular, in response to the jumping of the fences around Ceuta in July and August, Morocco and Spain set about intensifying their cooperation around the issue.

Enhanced cooperation has led Spain, and by extension the EU, into uncertain waters when it comes to human rights and international law, as in other parts of the Mediterranean

While the numbers overall are still much smaller than those that arrived in Italy from Libya, Spain and Morocco both worry that these increases may grow, and the effects this might have on domestic politics or security. Spanish politicians and officials fear that, without Morocco’s close assistance on managing migration, this route will soon become much more important for migrants seeking to reach Europe. As a result, in October Spain’s secretary of state for migration, Consuelo Rumí, declared that Spain would be Morocco’s “voice” in Europe.

Morocco frames its own cooperation on migration in terms of its self-interest in protecting its borders and preventing smuggling networks from increasing their activity through Moroccan territory. Minister for foreign affairs Nasser Bourita stated in a recent interview that Morocco is not prepared to become a platform for illegal actions, and that the situation in northern Morocco had become unacceptable during the summer due to the actions of smuggling networks. Officials, including the minister, have repeatedly suggested that Italian actions in Libya caused smuggling networks there to displace their activities to Morocco. There is a strong feeling in Morocco that European actions have caused the extra pressure on their territory.

Following Spanish advocacy on behalf of Morocco, the EU approved €140m in support to the country for border control. After the October Foreign Affairs Council Federica Mogherini declared that the EU would increase its work with Morocco and Mauritania on the issue. The EU had already faced a cooling in the relationship with Morocco following European Court of Justice rulings against the applicability of the fisheries and agriculture agreements to the Western Sahara. The EU had previously supported Morocco’s National Strategy on Immigration and Asylum, which led to the regularisation of close to 50,000 sub-Saharan African migrants in Morocco, and officials hope to again engage in a more fruitful discussion with Morocco on migration and asylum issues.

However, enhanced cooperation has led Spain, and by extension the EU, into uncertain waters when it comes to human rights and international law, as in other parts of the Mediterranean. Following the second jumping of the fence at Ceuta on 22 August, Spain returned 116 migrants to Morocco within 48 hours. Human rights advocates argue that this did not allow sufficient time to ensure proper processing of all dossiers. Meanwhile, Moroccan authorities transported hundreds of migrants from the north of the country to the south in very poor conditions, actions that were framed in terms of moving these people away from the European border, with Bourita stating that Morocco had acted as a “responsible partner” to Europe. Unsurprisingly these actions provoked no response from the EU. Nor did the EU react when the Moroccan Royal Navy fired on boats of migrants in September and October, killing one woman.

EU-Morocco cooperation may strain further as the Moroccan political and economic ‘model’ comes under increasing domestic pressure. The country has experienced a sustained pattern of protest and political activism over the past two years in spite of sometimes harsh repression. It struggles to achieve more than weak economic growth and to ensure development reaches the most deprived regions. It languishes in 123rd place on the human development index. More upheaval could have knock-on effects in terms of much higher rates of migration from Morocco itself.

While Morocco is the first country in north Africa to introduce a migration strategy and to regularise migrants in the country, many migrants are determined to go to Europe and remain in Morocco illegally when they fail. As in Europe, this can pose major challenges in terms of racism and lack of integration. Should greater numbers continue to flow to Morocco and remain there illegally, this will pose an increased challenge for the country’s resources. Further, Morocco is not as resilient as its European neighbours, and there are worries that corruption induced by trafficking networks might weaken the rule of law and reduce state capacity to deal with other security issues.

Spain’s and Morocco’s relationship offers some indication of how a European strategy on migration should develop: as one based on a broader partnership with states to the south of Morocco. This should certainly include a component of trade and aid as current EU and key member state strategies, such as Germany’s Marshall Fund for Africa. But such partnership will also require pathways for regular migration that could allow Europe to negotiate return agreements with African states, and could act as a deterrent to irregular migration.

But Spain and Morocco also demonstrate some of the problems in this type of cooperation too, by revealing that pressure on frontier states can lead to a tendency to prioritise security and border control over human rights and international law. On the current trajectory, the EU risks putting undue pressure on southern neighbours like Morocco, which are already facing a host of domestic pressures, and which are likely to resort to increasingly repressive measures in their responses to migration. 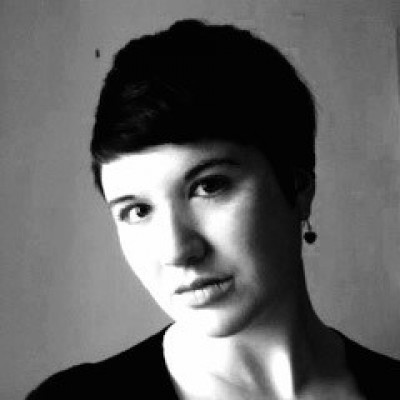