This article was originally published in French by Les Echos. The translation was done by Luca Pauti for VoxEurop.

The holidays are over! In Paris as in Brussels, the new “masters” in charge of the French economy (Emmanuel Macron, 36), European diplomacy (Federica Mogherini, 41) and of the EU Commission president Jean-Claude Juncker’s economic recovery plan – Finland’s Jyrki Katainen, 41 (effectively), and France Pierre Moscovici, 56 (formally). It was about time that this generation, like British Prime Minister David Cameron and Chancellor George Osborne (respectively 43 and 38 when appointed) and the Italian PM (Matteo Renzi, 39) took command: in all these sectors, there is an urgent need for new ideas and energies to lead and embody what could be a “French and European New Deal”.

Small compromises and big disavowals – with each country trying to protect its own economic and strategic interests – have rendered Europe neglected and negligible. Russia may go to war in Ukraine without fear of reprisal, and the Sahel and Middle East may sink into barbary as training grounds for jihad. Europe is doing nothing because it does not have the means to act.

The same goes for the continent’s economic dynamics: in following the Frankfurt orthodoxy, the 18 members of the eurozone prefer the now-proven deflation, as well as mass unemployment hitting everywhere except Germany and Austria, to establishing a resolved policy of big public works and of pan-European infrastructures to renew the economy.

In his inaugural address on 15 July, Jean-Claude Juncker said it plainly: Europe urgently needs a “new start”, in the form of an investment plan of an additional €300bn. But we need €300bn every year, which is only 2 per cent of the EU’s GDP, and not just €300bn over the next three years as Juncker proposed. And something essential was missing in the list of additional investments into energy, transportation, education and research: the continent’s military and civil security.

Do we have to wait for Russian tanks to cross the Polish border, or for some jihadist to blow up the European Central Bank (ECB)’s headquarters in Frankfurt or the European Parliament’s building in Strasbourg to decide to invest in a massive and coordinated way among European countries and companies in our collective security, which is the primary condition of our individual freedom?

For the first time in a quarter century, since the fall of the Berlin Wall, the conditions are ripe for such a “New Deal”.

For the first time in a quarter century, since the fall of the Berlin Wall, the conditions are ripe for such a “New Deal”: all of the eurozone’s countries are implementing structural reforms and putting their public finances into order, even in France and Italy, the last pupils in the European class, have finally decided to do so. In exchange, the EU should launch a massive investments programme – we’re not talking about expenses – in security and growth infrastructures for Europe. All the needed tools are there: the ECB and the European Investment Bank, as well as the significant EU budget (€1,000bn over seven years), which deserves to be spent better than on endless and inefficient subsidies.

Almost all of the Union’s countries are ready to express the political will needed for such a project. Only one pupil is missing, and it’s the one at the top of the class: Germany. For understandable reasons related to its history and demographics, Germany seems unable to face the current challenges, unwillingly and unconsciously condemning the rest of Europe to unemployment and deflation. And to its military dependence on Nato, which is celebrating its 65th anniversary and whose American leadership is no longer pretending to be interested in Europe and refraining from the isolationist temptation.

It’s now up to Chancellor Angela Merkel, her Finance Minister Wolfgang Schäuble and Bundesbank President Jens Weidmann to move and fulfill their part of this European “New Deal”. Failing to do so would be a boon for the supporters of the euro’s breakup and the return to yesterday’s Europe. The one of the franc and the deutsche mark. And of war, hot or cold – and this time without the support of the US. Well, Nein, Danke. 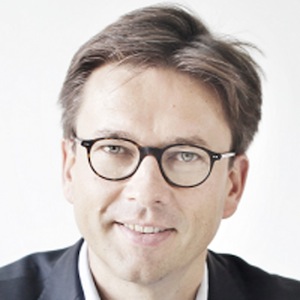