Winter is coming, and with it migration flows through the Central Mediterranean are expected to decrease. The weather will get worse and crossing the sea will become more difficult and dangerous. But Rome is convinced that migration from Libya had been sorted well before the cold winds and storms.

Since last summer, the Italian government has been taking a series of measures aimed at reducing the flows by negotiating with Libyan militias, tribes and authorities. While these policies have been harshly criticized by NGOs and human rights associations due to the inhumane conditions in which people detained in Libya are forced to live, Rome is more concerned about public opinion in the context of the approaching parliamentary elections.

So far, the public has been receptive to Interior Minister Marco Minniti’s security-driven approach. But this solution is ultimately destined to fail without a comprehensive plan aimed at regulating – not blocking – migration flows.

Elections around the corner

When, on June 27, Minniti was informed about the arrival of almost 12,000 migrants to the Sicilian coasts, he was on a flight taking him to Washington. Yet he was so concerned by the news that he re-routed the plane and returned to Italy. As he would later declare, he ‘feared for the survival of democracy’ in Italy.

From that point on, Rome has been working harder on its response to the perceived ‘invasion’ from Africa. The two pillars of the new policy have been first to discredit the NGOs that were operating in the Mediterranean rescuing hundreds of migrants; and second to directly involve key Libyan actors. Italy has even been accused by some sources as having bribed smuggling militias with up to €5 million to stop launching boats across the Mediterranean.

Negotiations with the militias intensified after the local elections held last May, which marked a defeat for the Democratic Party (PD) in many municipalities. According to the current asylum mechanism, municipalities are the most exposed to the re-distribution of migrants. This brings us to one of the big reasons behind the Italian policy shift on migration: electoral calculation.

Over the last three years, the far-right and populist parties have been campaigning against the centre-left governments led by the PD based on their supposed laxity toward migration. The broadcasted images of the boats arriving to Sicily, combined with a mix of domestic socio-economic crisis and the emergence of jihadism terrorism all over Europe, have contributed to send the message that the migration is a zero-sum game.

According to this narrative, the more the State spends on asylum applicants, the less it spends on helping jobless Italians; and the more African (and possibly Muslim) migrants enter Italy, the more Italian security is at risk. This misleading perception has spread to the point that almost 50% of the population thinks that immigrants are a threat to public order.

With a parliamentary election due to be held by next spring, and with the return of Silvio Berlusconi as leader of a possibly reunified centre-right, the Democrats opted for the easiest way to gain consensus: a restrictive immigration policy.

This is what voters want and what the current populist and right-wing opposition would also have done. Minniti’s position is thus popular across almost the entire political spectrum, making him a strong candidate for the next prime minister. This is especially the case if, as expected, the PD fails to reach an outright majority and needs to work with other parties to form a government.

Do the facts support Minniti's approach?

The average number of people seeking asylum in Italy looking over the last three years is 170,000 people per year: one asylum seeker for every 353 Italian citizens. This is in line with the European average. Financially, asylum-related spending for 2017 is expected to total € 4.6 billion, or about 0.3% of GDP. This is a quarter of what Germany spends in absolute terms and a fifth of what Sweden spends relative to GDP.

When it comes to the supposed correlation between immigration and terrorism, there is no evidence of such a link. Of approximately 1.5 million immigrants that have entered Europe over the last three years, just eight (or a microscopic 0.0005%) have been connected to terrorist attacks. Finally, despite the widespread perception of being invaded, Italy has the lowest rate of citizens born in another country (9.7% of the total population) among the main European countries like Germany and UK (13.3%), France (11.8%) and Spain (12.7%), not to mention Belgium (16.3%) and Sweden (17%).

With this factual evidence, Italy could have fought the populist propaganda by building a counter-narrative and looking for a long-term solution. But Minniti’s personal attitude always made this unlikely. The former State Secretary for the Intelligence and Security Services could be described as a ‘man of order’ and, as such, his viewpoint on migration is almost exclusively security-driven.

Under Minnit’s plan, Italy reached simultaneous agreements with the tribes controlling the Libya-Niger border and with the militias controlling the departures on the coast. The weakness of the approach is that those co-opted as part of the solution are also part of the problem itself. The infamous €5 million payment will probably never be proved, but it seems clear that the agreements would have involved a quid pro quo in the form of money and/or impunity for their ‘collateral’ criminal activities, such as trafficking in oil and money laundering. Last August the results of this bargain for Italy became clear: an 85% drop in arrivals compared to the two previous months, and 82% compared to August 2016.

The Italian and European borders have thus been almost physically transferred to Africa. As with the EU-Turkey deal in 2016, Italy has effectively outsourced the solution. The Turkey deal had its critics, but with Libya the problems are far greater: it has a dysfunctional and opaque State, so it is unclear where the funds go. And the only innovative aspect of the EU-Turkey deal – its resettlement mechanism aimed at ‘legalizing’ migrants – is completely absent from the MoU Italy signed with Libya.

A change of mentality is needed: as long as migration is perceived exclusively as a security matter, there will be no room for alternative paths. One of the most urgent requirements is to change the current law (the so-called ‘Bossi-Fini’ rule), which bars migrants with the intention to work from entering Italy unless they have previously obtained an employment contract. This unnecessarily forces hundreds of employable migrants into illegal channels, and increases the possibility that they will be swallowed up by criminal networks.

A new system aimed at providing legal quotas and safe channels to enter Italy is needed, which ends the counter-productive discrimination against ‘economic migrants’. Indeed, the latter are a significant economic resource for the Italian state: regular migrants put €8 billion yearly into the national pension system and receive from it €3 billion, thus generating a net balance of €5 billion.

At stake is not just the credibility of Italy and the EU, but also the protection of the values Italy and the EU advocate for, as in Gentilonis’ speech at the UN General Assembly last September. Many sources have reported about the inhumane conditions in which people detected by the Libyan Coast Guard (helped by Italy) are forced to live in. Italy has the possibility to present itself as credible actor if it can halt this crisis by adopting new policies. From Cairo to Tripoli (passing through Tobruk), Rome has been perceived as too pragmatic and too uncaring about values and human rights.

Yet, as an IPSOS opinion poll showed at the beginning of October, almost 60% of Italians back the so-called Minniti compact aimed at preventing migrants from coming to Italy. This could pay in electoral terms, but the sustainability of the agreement in the long run is questionable at best. 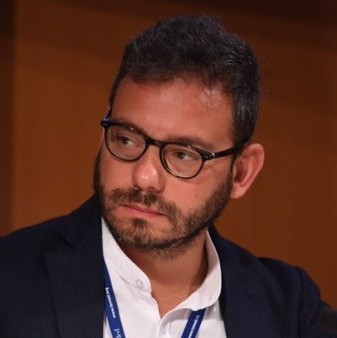