On Sunday Italians will vote for a new Parliament. Usually foreign policy is not a big part of the Italian domestic political debate, which tends to be dominated by national security and economic issues. The current elections confirm that trend of political confrontation based largely on domestic issues.

In the last months, for example, the political discussion was mainly focused on the controversial and quite tricky new electoral law approved in October 2017 – a mix between first-past-the-post and proportionate system. It was supported by the Democratic Party (DP), Forza Italia (FI) and the Northern League (NL), while strongly opposed by the 5 Star Movement (5SM) and Brothers of Italy (BoI).

Foreign policy is not entirely absent, however, and has been touched on by some parties’ statements or manifestos. Within the foreign realm, the big topics are migration, the eurozone/European project, and defence and security.

The issue of migration is seen in Italy mainly through the lens of security. If some parties, mainly the centre-right ones, see migration as a threat, others see it more as a demographic, economic, cultural and social opportunity.

Unexpectedly, almost all parties agree on one point: the urgent need to revise the Dublin regulations, albeit with differing rationales. The centre-right coalition (FI, NL; BoI) and the 5SM are focused on sanctioning those countries who refuse to accept their quotas because of the unfair burden this places on Italy. The centre-left oriented parties, by contrast, are more concerned with revising Dublin to create a more humanitarian approach to asylum seekers, with establishing legal channels of migration and integration (including the regularization of illegal migrants living and working in Italy), and even go as far as to propose an EU Right of Asylum.

The future of the Eurozone and the European project

On this issue, all the main running parties have significantly different view, which confirms that this subject is still quite controversial and important in the national debate.

On the Eurozone, we have seen a gradual shift in both the North League and 5SM positions: at the beginning of the political campaign both parties were strongly supporting exiting the eurozone through a referendum (which, however, is not possible under the Italian Constitution). The Euro was seen as the main cause of the current economic situation the country is facing. However, they both softened this position by focussing on demands for reform of the Eurozone and by postponing exit to a distant future: leaving the Eurozone is no longer a priority.

On the other side, pro-European parties like the Democratic Party and +Europa are in favour of reform of the Eurozone, with some very ambitious objectives, among them to have an EU Finance Minister.

On the future of the European project, the Democratic Party and +Europe have a clear aim to change the current narrative on Europe and to start moving towards real political union, with the final aim of establishing a United States of Europe.

Of course, this assessment is not shared by the centre-right bloc, which is focused on its three mantras of less bureaucracy, less austerity, and a revision on the treaties. In this regard it is worth mentioning how Berlusconi’s view has changed in recent years: from a very critical approach towards Europe when he was PM to a more pro-European vision, a shift which was positively welcomed by foreign commentators and political circles.

The 5SM also shares the revision and bureaucracy mantras but adds its own, which is one of the pillars of the Movement since it was founded by Beppe Grillo: putting citizens at the centre of the EU decision-making process through direct democracy.

On security and defence we have a clear and marked division which leaves no space for political compromise. On one side, the centre-right bloc is focused on national security, more power for national armies, and increasing the defence budget.

On the other, the centre-leftist bloc is pushing for the idea of a common European security and defence framework which could, in the future, lead to a European Army that would also serve to strengthen NATO.

On NATO and military commitments, the 5SM has a very clear set of priorities: no to a European Army, no to more commitment with NATO, and no to any kind of war and military intervention abroad.

In Italy there is a traditional mistrust of polls. Percentages change every day, although some increasing and decreasing trends look constant. What is clear is that none of the parties will reach the majority needed to govern and a coalition will be needed.

On March 5th negotiations will be launched and it looks like the process will be interesting to watch, especially from abroad. It will also be interesting to see whether Europe will become part of the parties’ agenda once the new government is formed.

A comparison between the main parties' views on European issues can be seen in this table. 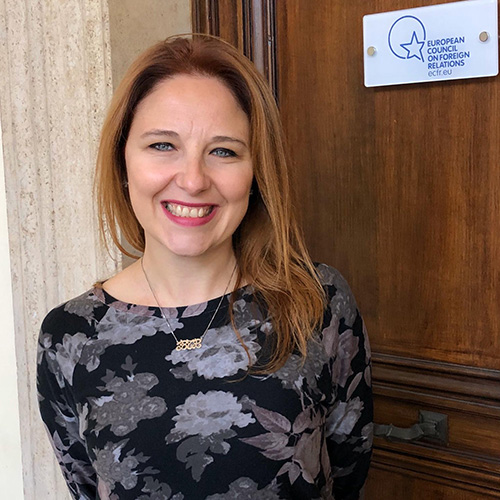