Just days after its formation, the Italian government has become the protagonist of yet another heated debate on migration. Having caused a diplomatic crisis with Tunisia by claiming that “Tunisia exports convicts”, newly appointed interior minister Matteo Salvini declared on 9 June that he would prevent the Aquarius – a ship carrying 629 sub-Saharan African migrants rescued off the Libyan coast – from accessing Italian ports. Italy argued that responsibility for hosting the migrants fell on Malta, which rejected the claim on the grounds that the rescue took place in Libyan territorial waters under Italian oversight. In the day or so it took to resolve – with the Spanish government’s decision to allow the Aquarius to dock in Valencia – the dispute produced a series of reactions and controversies that have implications for Italy’s domestic politics and relations with the broader European Union.

Domestically, Salvini’s decision appears to be a clear signal of intent to the electorate. In recent years, his far-right party, the League has focused more than any other party on criticising previous governments’ management of migration. Holding to a sovereigntist, anti-EU position, Salvini has long maintained that Italy should close its borders to migrants. His attitude towards the Aquarius plays to the populist narrative that, having caused many of Italy’s socio-economic problems, migration is the most urgent problem facing the country. However, the reality is different. Italy has the largest gap between perceived and actual migration of any country in Europe: Italians believe that migrants account for 30 percent of the population; in fact, they account for 9 percent. Nonetheless, misperceptions have created widespread support for policies that block immigration. The League’s coalition partner, the Five Star Movement, has never had a clear position on migration (or many other crucial issues). As a result, within the new government it has a weak position that forces it to toe the League’s line.

In some senses, the new Italian government’s approach to migration resembles that of the previous, centre-left government. Salvini’s predecessor, Marco Minniti, struck agreements with Libyan leaders designed to prevent migrants from leaving Libya; attempted to discredit the work of non-governmental organisations working to rescue migrants; and went so far as to state that migration across the Mediterranean places “democracy in danger”. Under his leadership, the number of migrants arriving in Italy dropped by around 70 percent in 2017-2018. Paradoxically, the current government is benefiting from the restrictive policies its opponents implemented.

The new Italian government exchanges the Mediterranean bloc for a eurosceptic, populist, and sovereigntist one.

At the European level, Salvini’s decision on the Aquarius was specifically aimed at Malta, which hosts the second-highest number of refugees per capita in the EU – 18.3 per thousand inhabitants (compared to Italy’s 2.4 per thousand). Instead, he sought to initiate a direct confrontation with the EU. To be sure, having followed EU reception policies in recent years, the Italian government has good reason to protest against Brussels’ failure to substantively reform the migration system. Current attempts to improve the system are almost certain to collapse by the end of June, largely due to the opposing positions of Mediterranean and eastern European countries. These attempts underline the tension between the responsibility for hosting refugees and solidarity between member states. Italy, Spain, Greece, Cyprus, and Malta insist on introducing redistribution quotas that will more evenly share the responsibility. Yet the current Bulgarian proposal foresees the introduction of a system in which voluntary quotas come into effect only after a member state has hosted 160 percent of its share of asylum seekers (calculated on the basis of GDP and population size), and on a mandatory basis only after this figure rises to 180 percent. While the European Parliament initially suggested fining countries €250,000 for each migrant they refused to accept, the penalty in the Bulgarian proposal is just €30,000. 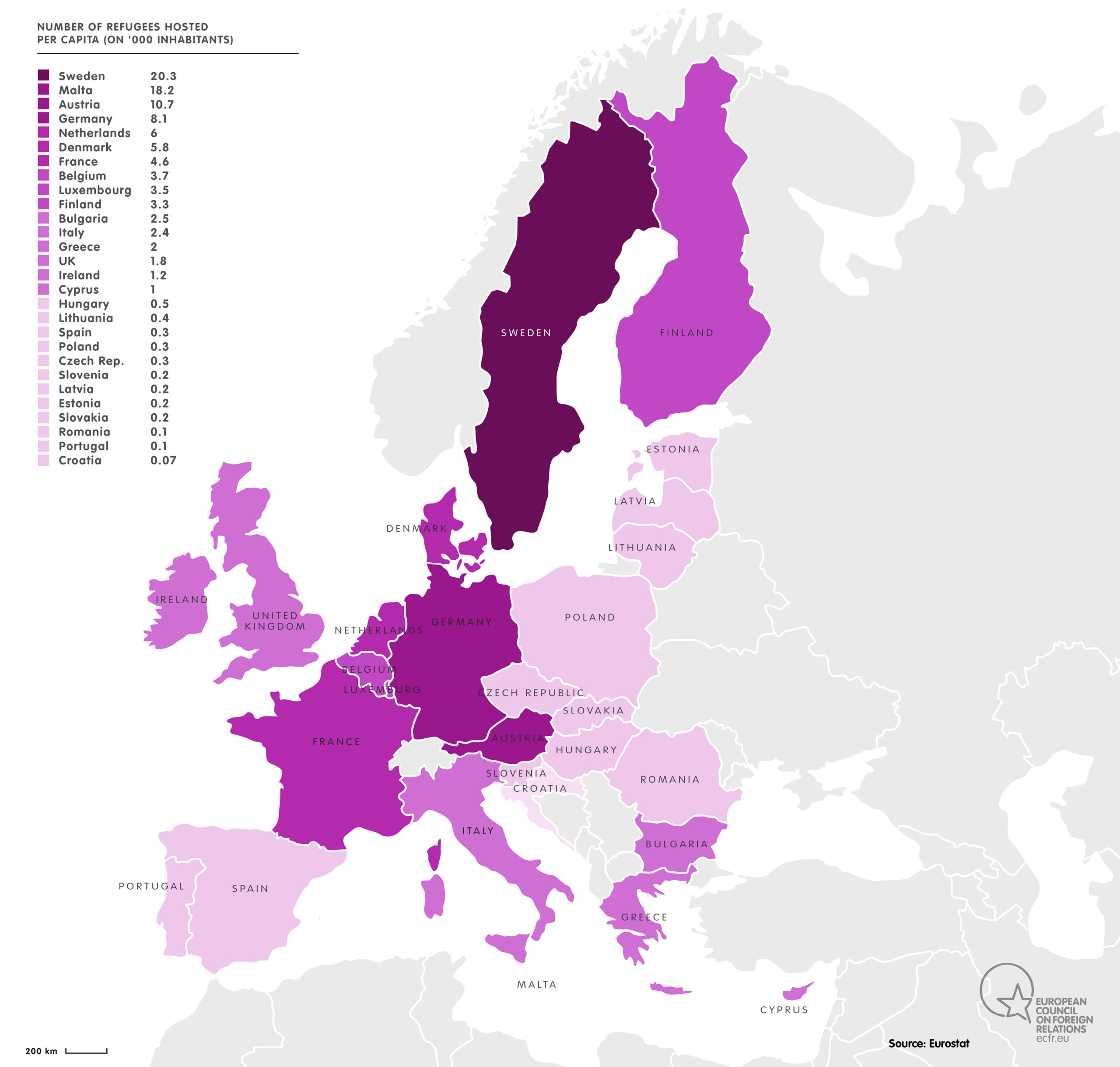 So, what should Rome and Brussels do? Italy and other southern European countries have the right to demand greater solidarity on migration, while the EU should be able to improve the redistribution mechanism through the adoption of binding penalties. The problem is that eastern European countries – along with Austria, the next president of the EU – firmly oppose such reform, instead favouring strict border controls. The new Italian government is making the mistake of siding with this group to reject the Bulgarian proposal. In this way, Rome strengthens the credibility and political influence of countries that are primarily responsible for the failure of negotiations on migration, asylum reform, and relocation attempts. In other words, the League and the Five Star Movement have signalled to the EU that Italy will no longer negotiate on the basis of national interest, but rather on that of ideological alignment with other EU governments. This approach exchanges the Mediterranean bloc for a eurosceptic, populist, and sovereigntist one.

Against this background, there remain questions about the viability of the EU’s security-focused management of migration. There appears to be no room in either the Italian or broader European political debates for a discussion on creating the kinds of legal immigration channels that could deter human-traffickers. Moreover, these debates mischaracterise non-governmental organisations as a major driver of immigration – despite the fact that increases in rescue operations do not correlate with increases in arrivals. Far from leading to substantive reforms, Rome’s new line on immigration risks deepening the rift in the EU. Bizarrely, Italy has sided with member states that, on migration, have often worked against its national interest.