When Chinese prime minister Li Keqiang and his counterpart Narendra Modi exchanged warm words to mark 70 years of Sino-Indian diplomatic relations on 1 April 2020, little did they realise the celebratory mood would soon evaporate. Within three months the relationship between their two countries had reached a new low. On 15 June, a longstanding dispute flared up over contested territory in the inhospitable mountain region of the Sino-Indian border and killed at least 20 Indian soldiers and an undisclosed number of Chinese soldiers. It has not calmed down since.

While the United States still struggles with the option of banning TikTok and WeChat, the Indian government has already banned 118 Chinese mobile phone and desktop applications. It is also now reviewing 54 memorandums of understanding signed between Indian and Chinese educational institutions including those with the highly prestigious Indian Institute of Technology and the Jawaharlal Nehru University. India-China ties are on a downward spiral, not unlike the European Union’s own relationship with China.

The covid-19 pandemic has exposed the weaknesses of the status quo, just as it has increased awareness among EU member states and regional partners in the Indo-Pacific of their economic overdependence on China. India has already announced plans to boost its economic ties with both Japan and Australia by launching a trilateral Supply Chain Resilience Initiative to further supply-chain diversification and recalibrate power in the Indo-Pacific. Europe is actively debating similar options, whereby India would provide an obvious long-term solution for both supply- and demand-side problems. However, strengthening EU-India ties will not be all smooth sailing.

Despite the EU and India having often expressed an interest in closer trade relations, they have been discussing a free trade agreement (FTA) since 2007 and have made no visible progress. One of the stumbling blocks was previously Indian demands to ease visa regulations, which were opposed by the United Kingdom. There has thus been justified hope that Brexit would simplify FTA negotiations. And while the EU is already India’s largest trading partner, accounting for 11.1 per cent of total Indian trade, India remains only the EU’s tenth largest trading partner, with just 1.9 per cent of EU total trade in goods in 2019. There is therefore considerable potential in the EU-India trade relationship that is yet to be realised.

In view of India’s and Europe’s mutual interests, two of the world’s largest market economies should now seek to overcome their differences in their trading relationship. While there is certainly political momentum for finally reaching an agreement, they would do well to leave the sluggish FTA negotiations to one side for now and pragmatically focus on concrete areas of strategic cooperation outside the scope of a formal FTA.

One area that could serve as a starting point is technological cooperation. Digital connectivity has become an important issue for the EU, which could usefully view India not only as a cooperation partner in technology development at the intersection of artificial intelligence and biotechnology, but also as one in software and hardware production, especially in the telecommunication sector. India is also the world’s largest openly accessible data market and is home to the world’s second largest internet user base and so serves as an attractive opportunity for European companies. India has both the capacity as well as the technological capabilities to become a global digital leader. But India’s regulatory environment remains comparatively restrictive and shows tendencies towards greater protectionism. It would be in India’s best interest to not fence off its own market. Instead, it should cooperate with the EU and other like-minded partners on building a domestic regulatory environment that does not rely on data nationalism and that enhances European and Indian technological capacities.

Another promising area for cooperation with India could be the health sector, which the EU has recently declared as crucial to European strategic autonomy. Currently the EU imports 65 per cent of its medical equipment and 76 per cent of its pharmaceuticals from only four countries, namely Switzerland, the US, the UK, and China, with the Chinese share having grown rapidly. India’s large pharmaceutical sector could be a reliable alternative to China’s for medical goods and personal protective equipment (PPE). Within weeks of the covid-19 pandemic emerging, India became the second largest manufacturer of PPE body-overalls, which demonstrates the country’s remarkable domestic manufacturing capacity.

India’s position as the world’s largest exporter of generic drugs and as foremost producer of vaccines gives it further considerable potential. Russia has secured an agreement for its ‘vaccine’ to be made there, while British-Swedish pharmaceutical AstraZeneca, which is developing a vaccine at the University of Oxford, has entered into an agreement with the Serum Institute of India to begin Phase III trials. Brexit means that India’s traditional entry point into the European market will soon no longer exist, providing the EU with a chance to strengthen its relationship with India directly.

The EU and India will not automatically draw closer merely because both are disillusioned with China. Numerous issues have long hampered effective economic partnership between the two; but external parameters are shifting. The EU should now abandon its position of focusing on comprehensive agreements and seek partial agreements in areas of strategic importance. India in turn should recognise that US-China rivalry means the EU is an economic and political partner it cannot do without. In doing so, India would  have the chance to increase its own sovereignty, foster a multilateral world order, and develop its full potential as a crucial player in the Indo-Pacific and beyond. 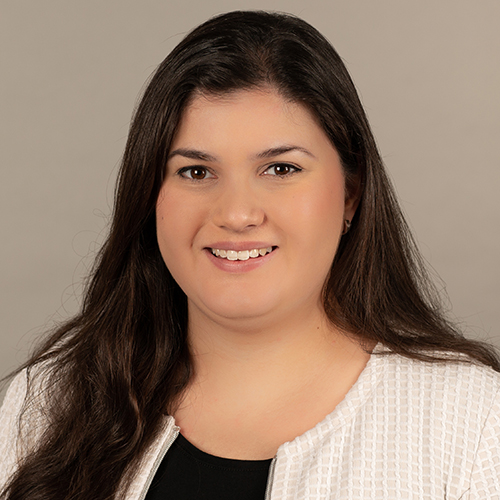