We are still early in what some have asserted will be the Chinese century. With violent conflicts raging in central and northern Africa, through Syria and Iraq, and into eastern Ukraine, it’s not promising to be a peaceful era. Though China’s rise is looking less steep and less certain than it did just a short decade ago, Beijing has already become a global power. What remains unclear is whether Beijing will become the “responsible stakeholder” former US deputy secretary of state Robert Zoellick called for. The question has taken on additional urgency since Vladimir Putin’s Russia annexed Crimea, making it clear that Moscow does not consider itself a stakeholder of the Western-crafted world order.

China, too, has questions about where the world is heading. As one Chinese foreign policy analyst put it, “it may be fashionable to divide the West from the rest…but does that make sense?…What is the current structure?” And from its new perch as a global trader, China is also wondering whether “the future [will] bring more or less turbulence?”

To discuss these questions, ECFR recently organized a workshop with the Institute of International and Strategic Studies (IISS) of Peking University, bringing together European and Chinese regional and foreign policy experts to discuss some central conflicts and China’s global role.[1] Some of the key conclusions from the specific topics:

With violent conflicts raging in central and northern Africa, through Syria and Iraq, and into eastern Ukraine, it’s not promising to be a peaceful era.

The territorial conflicts in the East and South China seas. To China, these disputes are also a matter of regional order, and an assertion of China’s proper place in that order. Unsurprisingly, the moves to assert claims on and around islands or rocks are seen in Beijing as defensive, to prevent other powers from creating a fait accompli by building upon the islands. Participants also disputed the perception that it is a frivolous fight over some uninhabited rocks. “These rocks mean something. The Diaoyu islands are more than rocks, they are a possible site for drones or missile launches. Therefore the dispute is a matter of defence and security,” an expert explained.

European suggestions to seek a solution through arbitration do not find much support since Beijing does not recognise a common legal foundation upon which the parties could arbitrate. Some experts also voiced serious misgivings about the impartiality of “Western” courts, including the International Court of Justice.

In the end, though, the threat of escalation was minimized: the participants on all sides are rational actors, the Chinese experts explained. Resolution of the island questions “can wait another 300 years. This is not urgent. There are other real challenges.”

Resolution of the island questions “can wait another 300 years. This is not urgent. There are other real challenges.”

Non-interference and the conflict in Syria. Non-interference continues to be a central principle for China, in part due to their internal conflicts (Tibet and Xinjiang) and concerns over regime-change. But for China, stability is another central factor. Respect of sovereignty and authoritarian rule, even ineffective or inhumane rule, may be the “lesser of two evils”, where both Western domination and chaos share the position of the larger evil: “For China, the US intervention in Iraq and now the intervention in Libya are negative examples. Although they were dictatorships, they were stable. Now there is no stability.”

For both these reasons (and others such as its relations with Russia), Chinese experts stand behind China’s repeated vetoes of any measures against Syria in the UN Security Council; Bashar al-Assad remains for China the legitimate leader of Syria. To protest Assad’s exclusion – and avoid boosting its own Muslim separatists  – Beijing has also kept its distance from the international coalition against Islamic State, though there did seem to be general approval for the effort.

In fact, the anti-IS campaign in Iraq (and less so in Syria) does not fulfil the relatively clear conditions for intervention that participants articulated: action needs to have UN support, be requested by the legal government and welcomed by local countries, and Chinese interests have to be at stake. Presumably, if IS started approaching southern Iraq and the centre of China’s oil and infrastructure interests, Beijing might face a harder choice between defending interests in Iraq and drawing the wrath of Islamists at home and abroad.

Respect of sovereignty and authoritarian rule, even ineffective or inhumane rule, may be the “lesser of two evils”.

Peacekeeping. With over 2,000 peacekeepers currently active, China is one of the largest contributors to UN operations, the result of a dramatic evolution since 2000 (China’s total contributions have seen a 20-fold increase since 2000). In the 2013 mission to Mali, China took a further step, sending infantry troops for the first time. [free registration with FT is required to view the article] China’s increased role in the UN sits well with its own ideas of being a “global partner” who shows more “positive engagement”, though Chinese experts seem to be divided on whether China will remain positive about UN peacekeeping missions if they start to suffer casualties.

Read more about China’s role as a UN peacekeeper and the possibilities for Sino-European cooperation from one of the conference participants HERE.

On Russia and Ukraine. Beijing demonstrates quite a lot of “understanding, if not approval” for Putin’s actions in Ukraine. Experts also agree with the reading of recent European history that put the blame for the Ukraine crisis on European (and NATO) expansionism. However, China’s history and export economy bias it toward peace and stability. Thus, it does not exactly approve of Russia’s current bellicose policies, and Beijing is left to find a balance that indicates some support for Russia’s anti-Western course while also discouraging further upheaval.

Read more from workshop participants on the similarities of Russia and China and China’s view on the Ukraine Crisis.

A more assertive Chinese foreign policy – and a more responsible one?

The larger international role is in part a necessity of China’s own domestic economic demands, it needs more resources and has various (and growing) interests abroad. But there are some in China who also argue that China should “supply more public goods” and support international arrangements – indeed becoming a responsible stakeholder. In fact, the question of “responsibility” is a prominent and controversial topic in China’s foreign policy debates. And a point of sensitivity. There was instant and widespread umbrage after President Barack Obama called China a free rider in an interview with the New York Times in August of 2014.

There is one camp in China that argues that global stability and international interests (like “oil, energy, maritime interests”) need to be “on China’s agenda” and that China, as a proponent of peace and stability, has an important role to play within global security structures.

“You made the trouble, so why should China find a solution?”

But there are also those in Beijing who rather unabashedly approve of a free-rider policy, happy to see the US “pay the price for the safety of China’s maritime routes” or fight instability in countries such as Iraq where China is heavily invested. In part, the rationale for this is cleverly calculated: if one does not believe that the US would really let the Middle East descend into chaos, why risk Chinese lives and treasure, or risk becoming a target for global jihadists? China is certainly not alone in this thinking.

Additionally, on turmoil in the wider Middle East and northern Africa in particular, some in China’s foreign policy community argue that US interventionism and European colonialism created the chaos in the first place. Thus China can righteously abdicate responsibility; as one participant put it: “You made the trouble, so why should China find a solution?”

At the moment those who think China should focus on its economic interests and limit its global responsibility to UN contributions seem to be dominating the internal debate. It may be China’s century, but the world’s conflicts are not China’s to manage.

[1] The workshop was held in Beijing on 14-15 October 2014. It was made possible by a grant from the Royal Norwegian Embassy in Beijing. 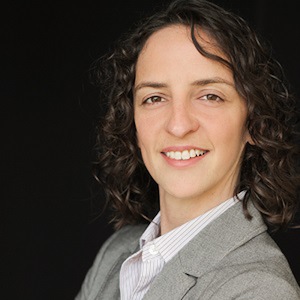