Recently, the members of the European Council agreed to open negotiations on EU membership with North Macedonia and Albania. However, after taking a year and a half to acknowledge that the countries had met most of the requirements to launch the talks, the European Union initially appeared to go back on its promises. The bloc missed opportunities to begin the process during a Western Balkans summit held in Sofia in May 2018, as well as during discussions in the General Affairs Council in June 2019 and, most noticeably, the following October.

France vetoed the talks on the third occasion, with the ambition of reforming the accession process itself. Indeed, shortly after, Paris came out with a non-paper that the European Commission quickly adopted as its new approach to enlargement. Nonetheless, despite this initiative, the French veto sent a discouraging signal to all non-EU countries in the Western Balkans: even North Macedonia’s historic agreement to change its name (at the insistence of Greece) seemed insufficient to launch accession negotiations. Accordingly, the French veto triggered the resignation of Macedonian Prime Minister Zoran Zaev in January, and a snap election due to be held this month.

Had it come earlier, the long-awaited green light for the accession negotiations might have produced a substantial election victory for the more liberal parties in North Macedonia and, ideally, an ongoing political campaign to adopt the EU’s governance standards. Alas, what should have been a proud day for North Macedonia and Albania boiled down to a few statements and some gratitude for financial aid. It is hard to find celebratory articles or news reports on the start of the negotiations in the countries’ media outlets. Macedonian and Albanian journalists are (like their counterparts in other countries) now preoccupied with covid-19 cases, government measures to contain the spread of the virus, and personal stories about its effects. Just one Macedonian television station invited the national coordinator on EU integration to discuss the event and the new approach to enlargement.

But, at the same time, the coronavirus crisis also shows why it is particularly important for North Macedonia and Albania to have a close relationship with the EU. Alongside the accession talks, the countries will receive €70m and €50m in EU crisis aid respectively. For states that are still building up and strengthening their institutions, such assistance is not only welcome but symbolic of European solidarity and support. In contrast to the negotiations, EU financial aid has garnered a great deal of praise from the countries’ journalists and political leaders – including government and opposition figures alike. Some of these leaders have emphasised that such aid makes them feel as though they are not alone, and that they now have a valuable instrument to help them protect citizens.

Even North Macedonia’s historic agreement to change its name (at the insistence of Greece) seemed insufficient to launch accession negotiations.

However, several challenges still lie ahead for the EU in its relationships with North Macedonia and Albania. Firstly, now that the European Council has endorsed the new enlargement methodology, the Commission will put forward a plan for the Western Balkans on investment, socio‐economic integration, and the rule of law. Once the Council approves the plan, the Commission will present draft negotiating frameworks to the two countries, providing further detail on the proposals set out in the revised methodology. Yet all this was widely expected to happen on the margins of the next EU-Western Balkans summit, which is scheduled to take place in Zagreb next month but whose fate is unclear due to restrictions around covid-19. If the meeting is to go ahead as planned, the Commission and other EU institutions will have to show an immense capacity for multitasking. Simultaneously, the Commission needs to spell out how it will integrate candidate countries into its response to the covid-19 crisis.

For North Macedonia and Albania, the challenge is two-fold. Beginning negotiations with a new framework and reordered priorities is hard enough in any circumstances, let alone while finding a way to emerge from a global pandemic, revive the economy, and console the many citizens who will lose loved ones. Covid-19 is exposing structural deficiencies in the public services of even the most robust democracies; it could be far more devastating for states that are in the process of stabilising their institutions. Accession will require dedication, persistence, and focus. One can only hope that North Macedonia and Albania will retain the ambition to successfully complete the process, and to engage in honest efforts at democratic reform, despite the pressure on their institutions created by the crisis. And it is unclear whether North Macedonia’s snap election will produce a government capable of this.

It is in the EU’s interest to continuously emphasise its commitment to the Western Balkans – especially given the growing influence of countries such as China, Russia, and Turkey in the region. Serbia is a case in point. The country’s president, Aleksandar Vucic, continues to display his affection towards China in a typically dramatic fashion, even kissing the Chinese flag and claiming that “European solidarity does not exist”. And all this despite the fact the EU has granted Serbia around €90m in aid to fight the virus.

Admittedly, the EU deserves some criticism for its handling of the crisis. But Vucic’s provocative behaviour is only the most obvious symbol of Serbia’s unclear geopolitical alignment. Others include Belgrade’s acquisition of Russian military equipment (which it only stopped late last year), its unsustainable approach to the resolution of its dispute with Kosovo, and its gradual erosion of media freedom and fair election procedures. Vucic’s continual failure to recognise the benefits of EU membership has left Serbia in accession limbo and strengthened its connections with authoritarian regimes.

All this illustrates the importance of the decisions that leaders in North Macedonia and Albania will make in the coming months and years. So far, they have remained on the path to EU membership, engaging in major reforms and, at times, making significant sacrifices. They acknowledge that they are yet to begin much of the real work towards EU membership, but recognise that they must do so for the good of future generations. 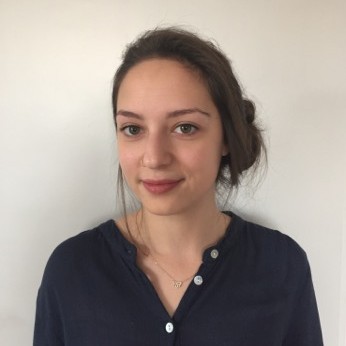