The West’s failure to prevent money laundering endangers the European project. As the US authorities step up their investigation into alleged crimes at Danske Bank, Europe is left to reflect on a year in which it underestimated yet another threat to the rule of law – this time, not from a volatile Middle East, an overbearing China, or even a gun-slinging Trump administration. Instead, the danger arises much closer to home: the controversy in Denmark combines with those in Germany, the Netherlands, and other wealthy northern European countries, revealing the ease with which major financial institutions move illicit funds across the continent. The supposedly exclusive single market, it seems, is wide open to not only the world’s criminal elite but anyone who knows how to set up a shell company.

Less than a decade after the euro crisis, the cases provide an unsettling reminder of banks’ capacity to threaten European unity through individually profitable but institutionally destructive acts of greed. Of course, even the flow of money involved in the highest-volume laundering scheme to recently come to light – the €200 billion that allegedly passed through Danske Bank – could seem minor in comparison to the €24 trillion in assets EU-headquartered credit institutions held in mid-2018. But, since February last year, when it fell to the US Treasury Department to sanction North Korean money laundering through Latvia’s ABLV Bank, European financial regulators have increasingly appeared to be in a similar position to European militaries: under-resourced and, as a consequence, dependent on American power.

All this has embarrassed European politicians and officials. Amid a growing cacophony in international affairs, they may be forced to consider discomfiting questions: how is Europe to fulfil the global role it envisions for itself – that of a regulatory superpower – if it is unable to regulate even European financial champions? And what good are instruments such as the European Union’s new investment screening mechanism if politically exposed persons and state-owned firms anywhere can freely disguise their ownership of European assets?

Europe’s jumble of regulations, directives, and practices makes it extremely difficult to determine which countries are getting it right

One aspect of the Danske case that causes greatest upset is its pan-European nature, involving the Estonian branch of a Danish bank and companies in the United Kingdom, Malta, and Cyprus (among other countries). As they manifest in Europe, networks such as this form a kind of ghost image of the EU itself. However, the case is far from being an anomaly: since the onset of 2007-2008 financial crisis, 18 of Europe’s 20 largest banks have been fined for money laundering. And this figure likely reflects only some of the most egregious and ill-conceived crimes, given that banks have operated under an anti-money laundering regime that is full of weaknesses.

To be sure, money laundering networks often extend beyond finance into other industries, such as the legal, property, accountancy, and public relations sectors. But even international drug cartels – experts at physically moving large amounts of cash – at some point rely on banks, not least European ones.

Europe’s lax approach to financial crime may partly stem from the esteem in which national governments hold their banks. In his analysis of the events, decisions, and ideologies that led to the euro crisis, former International Monetary Fund economist Ashoka Mody contends that: “European nations had inherited bloated banking sectors, which their governments had promoted and coddled for years in the hope that domestic banks would act as agents of economic growth. Europe was ‘overbanked,’ the banks earned low returns on their assets, and they were looking for easy ways to make money.”

Regardless of when and how this dynamic came to be, it appears that, once established, voters have little say in the matter. Key European leaders’ intransigence on economic issues was perhaps clearest during negotiations on the euro crisis, when Wolfgang Schäuble, then German finance minister, reminded his interlocutors that: “elections cannot be allowed to change economic policy”. Yet Schäuble was referring to the behaviour not of banks, but of EU member states; his scolding expressed a desire to ensure that heavily indebted European countries followed common rules (even if, in the long term, it was economically and politically impossible for them to do so).

A striking aspect of European policy in the past decade has been EU and member state leaders’ inability or unwillingness to force this kind of rectitude on major banks. If Europe’s recent money laundering scandals are anything to go by, the problems in these institutions run far beyond an excessive appetite for risk. While member states were severely and unsustainably punished for their infractions of common fiscal rules, some “systemically important” European banks (as they were classified during the financial crisis) have simply continued to launder money even after they received fines for, effectively, facilitating kleptocracy and transnational organised crime – threats to which EU and member state foreign policies devote substantial resources.

Nonetheless, European policymakers and officials may be beginning to recognise the severity of the money laundering problem. They have already identified shortfalls in the EU’s Fifth Anti-Money Laundering Directive, which will come into force in January next year. And the European Commission has proposed an expansion of the European Banking Authority’s powers to prevent money laundering.

One issue that Europe must address is the huge variation in the transparency of national anti-money laundering regimes and the severity of the fines they impose. For instance, countries such as Denmark, Germany, and Spain generally anonymise or do not publish reports on money laundering convictions, limiting journalists’ capacity to hold perpetrators to account (and thereby weakening the deterrent of potential reputational damage). Meanwhile, the UK’s under-resourced Companies House is one of several oversight bodies that seem unable to effectively monitor the formation of shell companies.

Europe’s jumble of regulations, directives, and practices makes it extremely difficult to determine which countries are getting it right – or, at least, less wrong than most. Nonetheless, publicly available information on recent cases suggests that there is a long-standing imbalance in Europeans’ incentives and disincentives to launder money.

Part of the reason this type of financial crime is so difficult to prevent is that it often exploits gaps between domestic and foreign rules. Add a supranational structure such as the single market to the mix, and there are countless opportunities for regulatory arbitrage.

Given the scale of the challenge they face and the failure of past remedies, European policymakers might benefit from a new approach to combating money laundering. For example, they could treat it as part of the unfinished business of the EU’s neighbourhood policy. Having long worked to embed democratic accountability and the rule of law in prospective EU countries, the union and its member states could apply the lessons of this experience to a territory that has no easily defined borders – a territory of legal chicanery, grand corruption, and secretive transactions that journalist Oliver Bullough calls “Moneyland”.

In any case, they must act swiftly. One of the gravest threats to the European project is a widespread suspicion among voters that the EU is designed to serve the interests of an elite (not least a banking elite) that has drifted above the law. Historian Adam Tooze argues – convincingly – that much of their discontent originates in economic mismanagement. “In the wake of the botched handling of the eurozone crisis”, he writes, “Europe witnessed a dramatic mobilisation on both left and right. But rather than being taken as an expression of the vitality of European democracy in the face of deplorable governmental failure – however disagreeable that expression may in some cases be – the new politics of the post-crisis period were demonised as ‘populism’, tarred with the brush of the 1930s or attributed to the malign influence of Russia.”

In this light, European Commission President Jean-Claude Juncker’s recent comments that “we shouldn’t agree with the populists, but confront them instead” will do nothing to allay voters’ concerns. Nor will the decision of his predecessor, José Manuel Barroso, to go and work for Goldman Sachs – a bank that, following revelations about its role in the 1MDB money laundering scandal, provided yet another masterclass in the non-apology apology. With each money laundering scheme that breaks to the surface in Europe and goes largely unpunished, Europeans become more likely to ask questions of the rules- and values-based political system that allows this to continue. 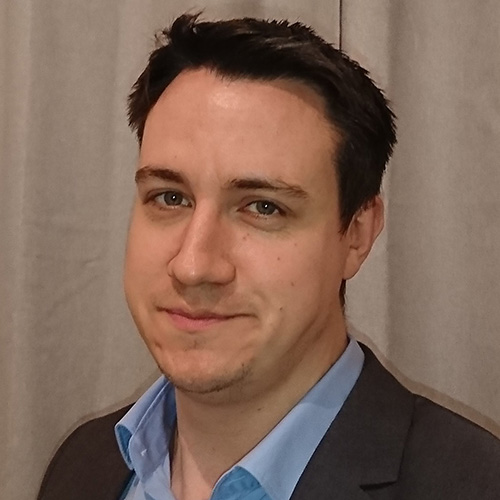