At 82 years old, Palestinian President Mahmoud Abbas is now one the oldest leaders in the Middle East. His advancing age, reported ill-health, and rising unpopularity have seen rival politicians positioning themselves in advance of a looming post-Abbas leadership struggle. Amidst deep political divisions, and with existing mechanisms for ensuring an orderly and relatively representative transition no longer functioning, many worry that the post-Abbas period will bring renewed instability and unpredictability in the Occupied Palestinian Territories.

Europe has engaged consistently in Palestinian state-building, pouring in some €6 billion in aid funding. These efforts have had some success in bringing short-term stability to the territories, reducing Palestinian attacks on Israelis and encouraging Israeli-Palestinian security cooperation. This has, however, not translated into security for Palestinians who are regularly exposed to Israeli settler attacks and military actions. The current political fragility also exposes a failure of European policy, in that the security imperative has taken precedence over issues of democratic participation and accountability. This has allowed Abbas to transform the nascent – and previously democratic – Palestinian state into an increasingly authoritarian regime.

In 2006 Palestine held legislative elections that were deemed free and fair by both the Carter Center and the National Democratic Institute, who acted as independent international observers. But the subsequent marginalisation of the Palestinian Legislative Council (PLC) – which has not been able to hold a regular session since Hamas-Fatah infighting in 2007 – has allowed President Abbas to steadily monopolise power, despite the expiration of his mandate in 2009.

The absence of the PLC has given President Abbas the power to form and dissolve the PA government as he wishes and to rule through presidential decrees, which he has used to strengthen his own rule. These include a decree issued in April 2016 ordering the creation of a Palestinian Constitutional Court composed of nine judges directly appointed by the President.

Abbas’s moves also extend to the Palestinian Liberation Organization (PLO) and Fatah – both of which he also heads. In 2015, he fired Yasser Abd Rabo – head of the Palestinian Democratic Union party and a critic of Abbas – from his position as PLO Secretary General, replacing him with Saeb Erekat, a close ally and fellow Fatah member.

In November 2016, against much opposition, Abbas also succeeded in convening the 7th Fatah Conference, which resulted in his reinstatement as party leader and the election of new but relatively weak Central Committee and Revolutionary Council. The conference was largely seen as a move by Abbas to push away his rival Mohammad Dahlan, backed by the UAE and Egypt.

Yet the most significant development of all, that stands to reinforce and protect Abbas’ continued rule and further diminish the space for popular representation, is the entrenchment of the security establishment in the West Bank. With support from the US and EU, President Abbas has empowered the PA security organisations to dangerous levels.

This began with international support to oust Hamas from the PA government they had formed following their victory in 2006 legislative elections. Since then, Abbas has been given vast resources to develop a security apparatus within the West Bank that can effectively repress Hamas, imprison its supporters, and severely weaken its social and political infrastructures and networks.

This approach has since been extended as a matter of routine to other opposition parties and groups. Abbas has given considerable resources and free reign to a security establishment that employs tens of thousands of personnel, resulting in widespread repression of freedom of assembly and expression, and violent responses to any opposition. These forces, including those funded and supported by the European Union, regularly attack journalists, silence online criticism of PA policies, and use excessive force against protesters.

In addition, leaders of security organisations have achieved great political influence under Abbas. Most influential among them is Majid Faraj, the head of General Intelligence Service (GIS) who is widely considered as Abbas’ right hand man and a viable successor, not least given his great influence over security cooperation with Israel and relations with the US. In theory, his organisation – the General Intelligence Service – has a mandate over external security matters only. Yet in practice, GIS often arbitrarily arrests, detains and even tortures political opponents.

Other security leaders have been granted more explicit political powers. Akram Rajoub, for example, formerly of the Preventative Security Force, was appointed governor of Nablus in 2014 and in recent months spearheaded a campaign to crack down on critics of President Abbas in the region. This has stirred unrest, including violent clashes between residents and security forces, resulting in several deaths among officers and civilians, including the death of one man in custody.

A functioning PLC and Palestinian National Council (PNC) – the PLO’s legislative body – could, in theory, help ensure an orderly transition of power in the post-Abbas period. But in its absence, the most likely scenario is that Palestinians will be even further polarised and possibly witness a new wave of violent confrontations across the territories. Recent armed clashes in the Balata refugee camp between PA security forces and supporters of Abbas' rival Mohammed Dahlan offer a glimpse of the instability that could be unleashed as the succession process heats up. With no clear successor in place, political figures like Dahlan, who enjoy the support of armed groups, may well attempt to grab power by force.

The current predicament in the West Bank is largely due to Israel’s policy of divide and rule toward the Palestinians. The PA’s authoritarian drift should also be understood as occurring within the context of a prolonged occupation that is now entering its fiftieth year. And to be sure, Hamas has also pursued authoritarian rule in Gaza. But none of this should take away from the responsibility of the current Ramallah-based Palestinian leadership – and, by extension, of its foreign backers, including Europe.

Despite its influence over the PA (a result of its generous aid policies), Europe has failed to ensure the development of real and effective accountability mechanisms, or to curb the violation of Palestinian human rights by PA security services. Urgent action is now needed to support the re-democratisation and re-legitimisation of Palestinian structures of governance. And while this must be a Palestinian-led process, active European engagement and support is crucial, especially in ensuring that those it supports uphold international law and democratic rule.

The EU Action Plan with the Palestinian Authority places an emphasis on the creation of a Palestinian state with a functioning deep democracy with accountable institutions. In practice though, support for Palestinian securitisation and technocratic governance has come at the expense of supporting institutions such as the PLC and PNC which can act as an entry point for popular participation. A new European policy should rectify this by pushing for the revival and reconvening of both institutions, including by demanding that Israel release the 12 PLC members currently in detention.

Saleh Hijazi is a human rights activist, Policy Member of Al-Shabaka, and advisor to Al-Quds University Human Rights Clinic where he worked as academic coordinator and lecturer. Saleh was previously Amnesty International’s researcher on Israel and the Occupied Palestinian Territories. 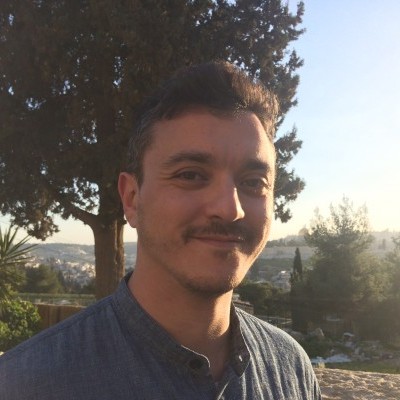