When coronavirus emerged, worries soon grew about the disease’s potentially devastating impact in Africa. For now, such fears have not been borne out. As of this week, the continent has registered just over 160,000 confirmed cases and nearly 4,500 deaths from covid-19.

This relatively low figure may be partly down to undercounting, particularly in population centres in countries like Nigeria. But is also the case that, as ever, outside observers tend to leap to conclusions about Africa out of an ingrained tendency in Europe and the United States to see the continent as an undifferentiated mass of poverty and disease. As a result, many ignored or wrote off the rapid responses and many points of expertise, resilience, and institutional strength of numerous countries in Africa, including the quick reactions and capable planning of continent-wide institutions like the African Centre for Disease Control.

Looking past the disease, however, there remain a number of issues relating to Africa’s future that the public health crisis has, for now, merely pushed down the agenda. These include the future relationship between the European Union and African Union: discussions over their future partnership framework will not go away, given that the Cotonou Agreement  – which currently captures many of the institutional arrangements – runs out at the end of this year.

Ideas abound for how the future post-covid relationship could look: the Norwegian Institute of International Affairs and the African Centre for the Constructive Resolution of Disputes recently co-sponsored a fruitful and wide-ranging event addressing this question, while ECFR turned one of its own Quarantimes debates over to the issue, led by ECFR senior policy fellow Susi Dennison and AU lead representative for partnerships with Europe, Carlos Lopes. Both discussions concluded that covid should impel both parties towards renewed careful and close cooperation. Importantly, they also made clear that the crisis should lead to a major reset to benefit both parties.

There is no single way for European policymakers to understand what covid should mean for forging the new relationship. No blanket explanation can cover why the disease has impacted Africa in the way it has – the diversity of contexts, populations, capacities, and governing norms across the continent’s 54 states will put paid to any such attempts. There are many reasons why covid cases remain relatively low in Africa, despite the presence of a number of potential risk factors. Health authorities in west Africa, for instance, have experience with pandemic preparedness and populations socialised to understand and respect health norms.

The crisis has created interest in European countries relocalising the production of goods – which presents a chance to support industry in Africa.

Senegal faced some early opposition from religious leaders in particular, but it took early action to lock down its borders and institute a public health campaign that ensured contact tracing and adequate bed space for covid patients and those potentially infected. It has also worked to develop a cheap and effective test for the disease. Ghana and South Africa, meanwhile, have conducted fairly extensive testing, mobilising government resources and public health systems to track down and contain the virus’s spread.

However, even if the virus stays contained compared to Europe or the United States, the ripple effects of the shutdowns present significant risk of dislocation and economic downturn. However it pans out, the economy will necessarily be part of future Africa-Europe considerations. Lopes was clear in this when he warned that the main impact of covid in Africa will be economic, point out that many African economies face a fragile macroeconomic picture globally and enjoy only limited ability to cope with increased fiscal pressure. As a result of such pressure, leaders like Ethiopian prime minister Abiy Ahmed have called for widespread debt relief and other financial assistance from European and international partners. Mali has already taken up the G20’s offer of debt suspension in the face of the crisis, though more is needed. The curfews and lockdowns have also taken their toll, prompting protests in Niger as well as Senegal, among other countries.

Planning for the EU-AU summit later this year has been a casualty of the crisis. The gathering remains scheduled for October, but much of the preliminary work has been delayed as countries scramble to address their own public health troubles. In a communiqué in March, the European Commission laid out its plans for a new, comprehensive strategy for Africa. This included five priority areas of cooperation: “1) Green transition and energy access, 2) digital transformation, 3) sustainable growth and jobs, 4) peace and governance, and 5) migration and mobility.” One of the key goals in this strategy for both European and African partners has been the need to move beyond a development aid-centric framework, and instead to create a genuine partnership between the EU and Africa. In the roundtable discussion last month, Norwegian state secretary Marianne Hagen argued that “we need a reset” in EU-Africa relations, based on a common political vision.

This shared vision has often not been the case in practice. EU policy like the Sahel, for instance, remains heavily securitised; EU migration policies that seek to halt the flow of migrants north have stifled regional economies and inhibited even the kind of free regional circulation that African economies rely on – and which the EU says it supports. These negotiations, and the impact of covid, present a unique opportunity to change past practices, listen carefully to the needs and vision of the AU and its member states, and create a more sustainable and egalitarian EU-AU and Europe-Africa relationship.

In the discussions around covid sponsored by ECFR, Lopes and AU senior adviser for international negotiations Faten Aggad made clear several ways in which all sides can work to restructure this relationship to mutual benefit. Lopes noted, for instance, that the drop in the price of hydrocarbons presents an unexpected opportunity to help shift African economies toward renewable energy and get rid of fuel subsidies that encumber state budgets without hurting consumers. Both he and Aggad also observed that the crisis has revived attention on the potential costs of manufacturing centralisation in China. There is growing interest in European countries relocalising the production of goods ranging from medicines to manufactured products; all this presents a chance to support industrial production in Africa – an idea that countries like Morocco have already seized on and promoted.

Nevertheless, as Aggad further argued, Africa faces nearly a $100 billion gap in infrastructure financing, which could be filled as part of European direct investment as well as support to the African Continental Free Trade Area that entered into force for 24 countries last year, and where trading was set to begin on 1 July 2020 before covid hit. Better regional infrastructure development will help not just industrial production, but also potentially lower costs for consumers and increase economic growth in primary and a host of secondary industries and economies in African countries.

Moving beyond developmental approaches also involves promoting and supporting industrial growth and the management of African economies and politics in ways that work for African nations and citizens – and must be a linchpin of any EU-Africa agreement in the future.

Find out more in our virtual roundtable discussion from 20 May 2020. 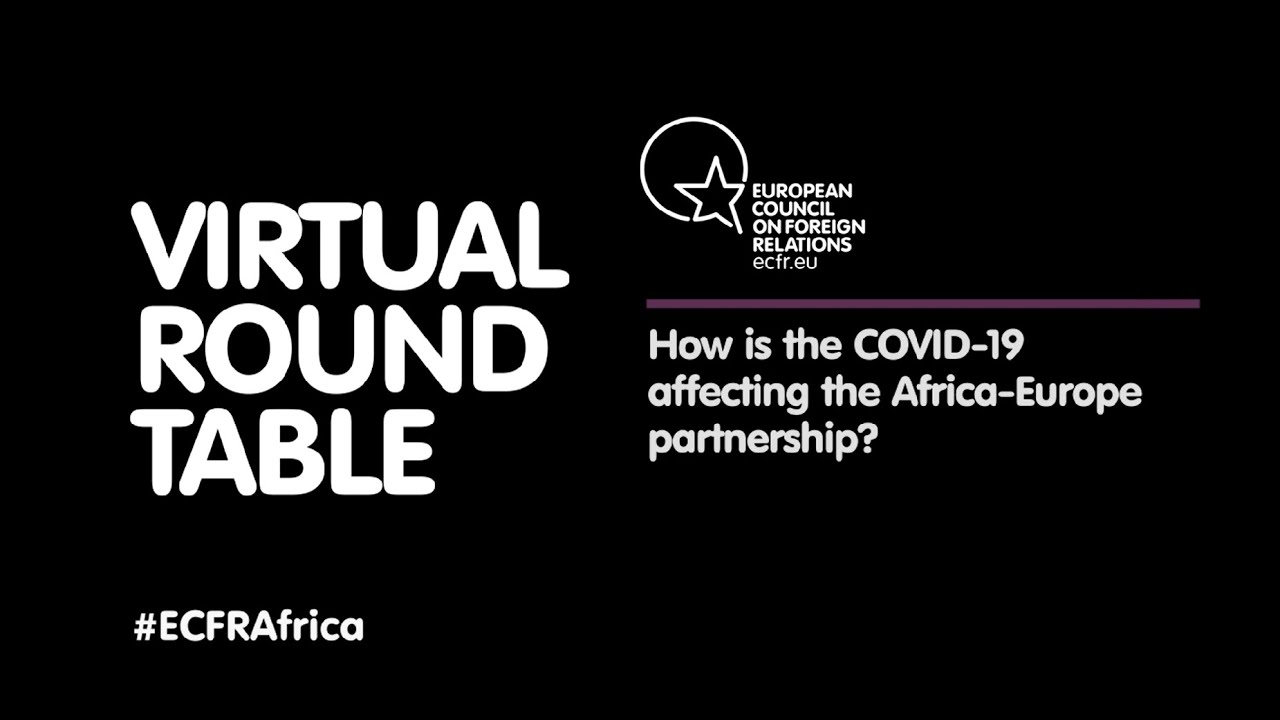 Local and focused: European support for peace in Yemen

Own coal: Why Europe could lose its green transition