In April 2015, Bulgarian arms factory owner Emilian Gebrev noticed a curious itch in his eyes. He then started to feel increasingly unwell and began to vomit. That same evening, he collapsed while sitting in a Sofia restaurant – and, later, he fell into a coma. Doctors couldn’t identify the substance used against Gebrev, but one thing was certain: he had been poisoned. While the poison was never identified, he reportedly had many of the same symptoms shown by former Russian intelligence officer Sergei Skripal and his daughter in the United Kingdom in 2018, and by Russian opposition leader Alexei Navalny a few weeks ago in Siberia.

As revealed in a joint report by investigative platform Bellingcat and German newspaper Der Spiegel, the possible link between the cases is the use of Novichok. “Newcomer” in Russian, Novichok was developed by the Soviet Union in the 1970s and 1980s as a group of chemical weapons that act as cholinesterase inhibitors. It is widely seen as one of the deadliest nerve agents in existence.

The three cases form a pattern, albeit a puzzling one. At this point, Novichok attacks appear to be something of a signature move for the Kremlin. Poisoners usually wish to remain anonymous, but this poison shouts the name of its master from the rooftops. The indiscretion with which the Novichok poisonings are being carried out is striking. Perhaps even more confusingly, Novichok – for all the fear it engenders – doesn’t seem to work very well. All three targets of the attacks have survived – and, tragically, the poisoning in Salisbury led to the death of an innocent bystander.

And the poisonings have had severe consequences for the Kremlin. The Bulgarian government did nothing, but the attack on the Skripals caused a serious rift between London and Moscow: several European countries backed the UK with diplomatic measures, including the expulsion of diplomats. Now, the Navalny poisoning threatens the Nord Stream 2 pipeline between Russia and Germany, and could have other consequences.

The Kremlin uses the Novichok cases to strengthen its narrative that a malicious West is attacking Russia with false claims and accusations.

Still, it’s not hard to see why the Kremlin immediately gets the blame. The fact that Novichok is a military-grade nerve agent suggests the poisonings are not the work of amateurs. Only the most powerful figures would have access to such a chemical weapon.

All three poisonings were inconvenient for the Russian authorities. Navalny is the most prominent and outspoken opposition leaders in Russia. He is the founder and leader of Russia of the Future, a party whose long campaign against the Kremlin led the Wall Street Journal to name him “The Man Vladimir Putin Fears Most”. Sergei Skripal allegedly acted as a double agent for the UK’s intelligence services during the 1990s and early 2000s. In 2012 Gebrev’s name appeared on a “blacklist” Moscow sent to the Bulgarian Foreign Ministry. He reportedly exported weapons to Georgia during the Russia-Georgia war in 2008. Bellingcat also reported that Gebrev supplied Ukraine and Syrian opposition forces with arms – although he denies this.

One may wonder: could the poisonings really be acts of negligence by the Kremlin? Power often creates a sense of impunity. Another theory is that the use of Novichok is intended to send a clear message. Striking at Putin’s enemies in this way could be a stark warning to anyone in the West or the Russian opposition who would dare oppose the Kremlin. Some Russia-watchers speculate that Putin is acting out of fear and weakness, after a rocky few months.

It is also quite possible that Putin did not order the assassination attempts. Russia’s political system is not a well-oiled machine that always carries out the will of the president. It is far more complex – a web of intertwining interests that extends across many rival groups. For instance, organised crime groups have become an instrument commonly used by the Kremlin for a variety of purposes – from cyber attacks and human trafficking to targeted assassinations. We will likely never know exactly who ordered the poisonings, or why. But the Kremlin uses the Novichok cases to strengthen its narrative that a malicious West is attacking Russia with false claims and accusations. Knowing the specific identity and motive of those responsible will not change the fundamental dynamic.

The silk that makes up this web is thick, and more than one spider weaves it. But every thread leads to the same problem – a system that allows those in power to kill so blatantly and yet go unpunished. The Kremlin may not be directly behind Navalny’s poisoning, but it is responsible for creating a system that tolerates and thrives on high-level organised crime. 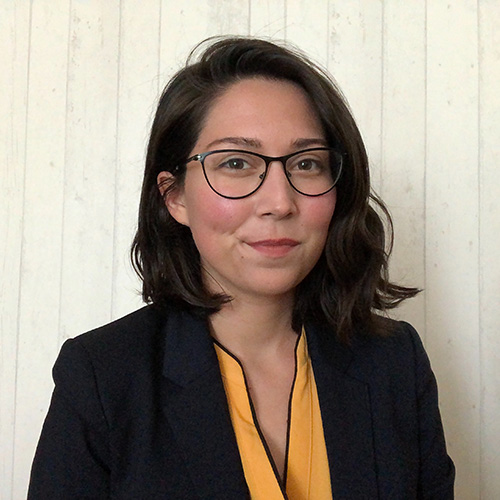