In a flurry of activity last week, the Polish parliament passed a series of laws undermining judicial independence. With the Constitutional Tribunal already pacified and a presidential veto of the new measures unlikely, there seems little that can stand in the way of the ruling Law and Justice party’s subjugation of the judicial system.

The thrust of this legislative push is threefold. The first act concerns the National Council of the Judiciary (NCJ), which has primary responsibility for judicial appointments. The new act would end the terms of 15 of the council’s 25 members, who were previously nominated by the courts themselves. Their replacements will instead be chosen by the Sejm (lower chamber of Parliament), allowing the government to exert significant influence over the council and, by extension, over all judicial appointments.

The second set of changes concerns the organisation of the general courts and appointment of chief judges. The changes would greatly increase the Minister of Justice’s control over these appointments by relaxing the credentials required for these posts, introducing new conditions for judges’ dismissal and, in particular, allowing the Minister to freely dismiss any chief judge in the six months after the law’s passing.

Complementing these moves is a proposed new law on the Supreme Court. In a nutshell, it would retire all of its judges, except those explicitly retained by the Minister of Justice. The minister would then appoint an acting First Justice of the Supreme Court, as well as temporary replacements for the retired judges. The eventual permanent replacements would also be nominated by the minister and presented to the NCJ (see above) for confirmation.

Taken together, these changes would allow the ruling party to immediately pack the Supreme Tribunal with its appointees, freely replace chief judges of any court in the country, and retain control over judicial appointments for at least the next four years.

The stated rationale for these changes is the need to fight corruption in the judicial system, streamline courts’ operations, and restore public faith in the judiciary. This is not entirely baseless: in a January poll 49% of respondents reported a negative opinion of the judiciary, compared to just 28% expressing a positive opinion. Still, the changes go well beyond addressing these issues and would remove an important check on the power of the government.

Since the de facto neutralisation of the Constitutional Tribunal, First Justice of the Supreme Court Małgorzata Gersdorf has emerged as a leading voice calling for courts to start playing a much more active role in protecting the rule of law. In particular, the Supreme Court made a break with its doctrine and began adjudicating directly on the basis of the constitution, rather than referring such cases to the Constitutional Tribunal for a review, an approach that has started gaining traction in the lower courts as well.

The Supreme Court is also scheduled to pass a ruling on the legality of the government’s selection of a new president of the Constitutional Tribunal. But the purges made possible by these new laws could end such attempts to defend the rule of law. Furthermore, the increased control over judicial appointments afforded to the Minister of Justice and the Sejm would make any judge think twice before passing a ruling unfavourable to the government.

Finally, the Supreme Court is responsible for declaring the validity of parliamentary and presidential elections, as well as any referenda. Passing these changes would call the integrity of future election into question.

Of particular note is the speed and procedure used to pass the laws. Changes to the laws on the NCJ and on the organisation of the general courts had been introduced earlier in the year and shelved on June 7th, soon after the announcement of Donald Trump to Warsaw. They were put back on the Sejm’s agenda without notice on July 12th, voted on the same day and then approved by the Senate two days later.

Both projects were introduced as MP initiatives, drastically simplifying the legislative procedure, allowing them to be fast-tracked without waiting for an opinion by the Senate’s legal office and rushed to a late night vote. Similarly, the proposed new law on the Supreme Court was introduced on July 12th as an MP initiative, and while it has yet to be voted on, it can be rushed through in the same manner.

These moves were met with protests in major cities, with the largest demonstration taking place in Warsaw on July 16. Jarosław Kurski of liberal daily Gazeta Wyborcza argued that these changes destroy judicial independence and the rule of law, recreating an authoritarian power structure. The editor-in-chief of centre-right daily Rzeczpospolita also criticised the proposals, claiming that they may serve to justify civil disobedience. Even some government-aligned publicists expressed their reservation, with Piotr Zaremba calling the changes “a bridge too far”.

However, the ruling Law and Justice party remains unified around the proposals and there is little the opposition can do to block them. Neither a presidential veto nor a Constitutional Tribunal ruling against them seem likely, seeing as these institutions have already been captured by Law and Justice loyalists. Mass protests have proven to be effective in warding off an attempt to institute a complete abortion ban, but it is doubtful whether they can block a move that is so central to the ruling party’s political strategy.

Perhaps the worst aspect of the changes to the judicial system is how difficult it may be to reverse them. Attempts to restore the status quo ante would leave proponents of the rule of law in a bind: either leave the political appointees in place and risk obstruction, or ostensibly repeat what Law and Justice has done and remove them. It is imperative, therefore, to stop this law before the damage is done. Unfortunately, how the Polish opposition and civil society can achieve this, and how the European Union can help, remains a question without a ready answer. 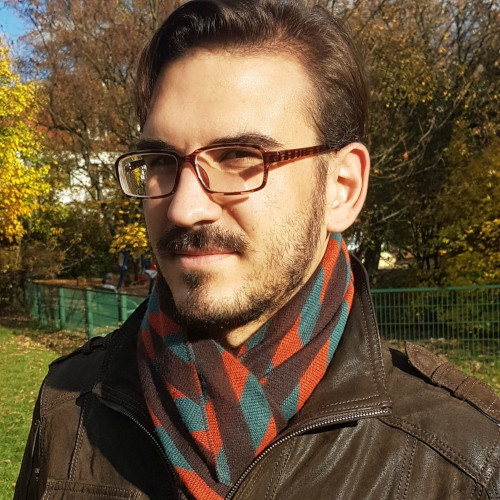