The first decade of the 21st century was in the international politics equally marked by the West’s spectacular military interventions to promote stability and democratic order – and by the tragic setbacks of this approach. Afghanistan, Iraq and also Libya where the West’s military engagement cost the loss of thousands of lives and billions of dollars and ended in prolonged conflicts. Economic crisis and intervention fatigue undermined the legitimacy of and public support for military engagement abroad. In most of the European countries (and in the U.S.) the lesson of the experiences has been: “never again”. But it would be premature to assume that all future interventions should and will be avoided. What are the preconditions for a legitimate and successful military intervention? What lessons should be drawn from the past? Are humanitarian goals the only legitimate ones for the use of force by the West? And how should Europe and Poland define their approach to the liberal interventionism bearing in mind popular sentiments and U.S. resistance to being the “world policemen”?

These questions were the key issues of the debate entitled “The end of military adventures? Liberal interventionism: Polish and European Perspectives”. Piotr Buras, the director of ECFR Warsaw office and moderator of the panel, opened the discussion enumerating couple of negative examples of armed involvement of Western countries in different parts of the world. Overall these events did not make the given regions any safer. What conclusions could be drawn then, bearing the aforementioned in mind, when we consider the effectiveness of interventions and the emerging norm of responsibility to protect? 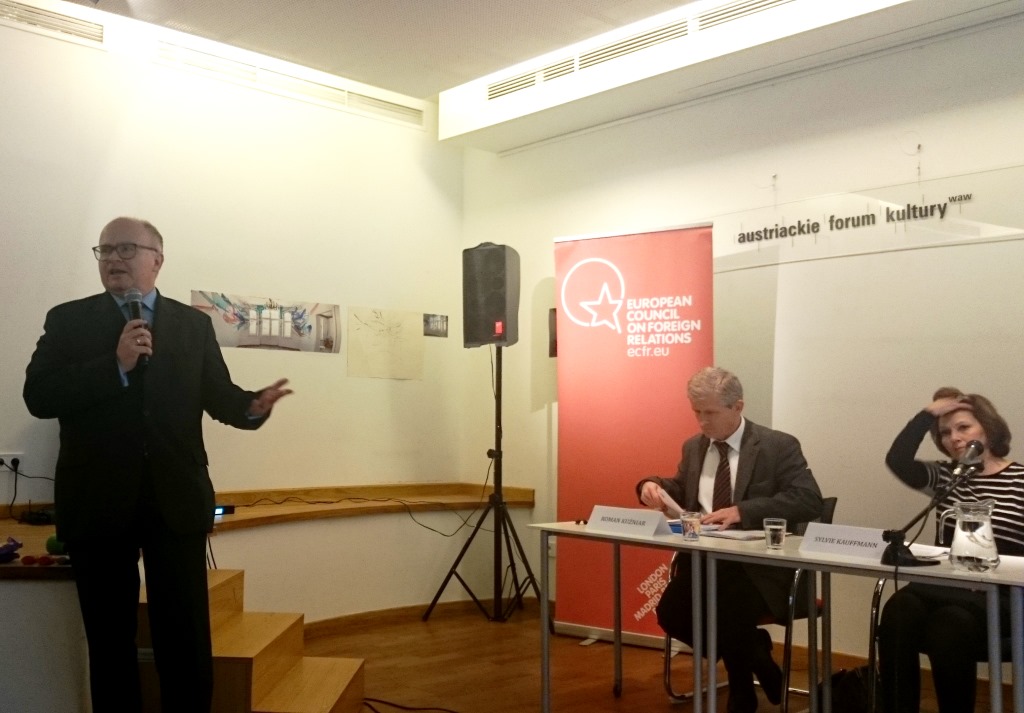 The first panelist, Sylvie Kauffmann, the columnist of „Le Monde”, addressed the issue of nation-building, which is very important in this discussion. The label, used synonymously with state-building, has been overused to justify the war in Iraq and Afghanistan. She mentioned that the appetite for interventions is still high for two reasons: humanitarian situation and security. Among many failures, the case of Kosovo of 1999 was successful and stopped further ethnic cleansing. Nowadays, the primary reason for military actions abroad is rather security – the fight against terrorism. Recent interventions in Mali, Syria and Libya are examples of this approach. According to Ms. Kauffmann, the major miscalculation in such operations is not thinking beyond the military action itself, neglecting all work that needs be done after the conflict. Inevitably interventions involve long-term commitment and high financial costs, both of which are commonly disregarded by decision-makers. They are too much focused on the exit-strategies from the onset of the operations. 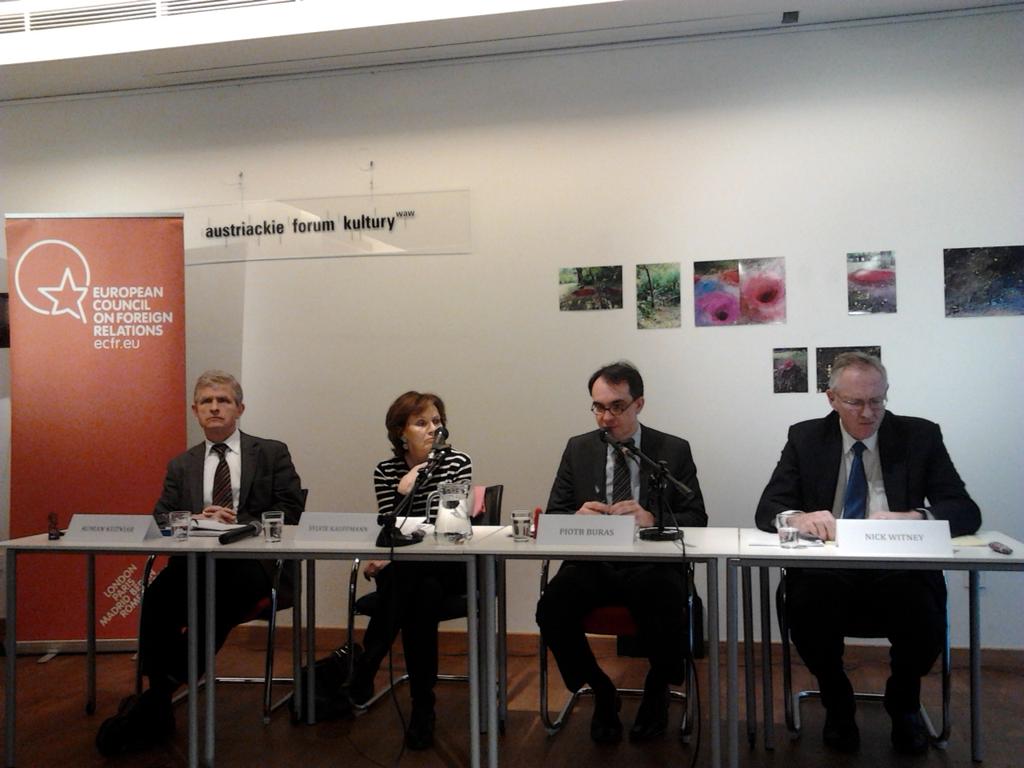 In opinion of Nick Witney, ECFR Senior Policy Fellow, there are many lessons from past conflicts to be learn from, but states do not make use of them. Afghanistan at some point seemed to be a great success shortly after the military actions, but after that everything went wrong. It is always a challenge to stabilize the post-conflict situation. Above all, It would be very difficult to avoid interventions as we try to live up to our image –based on democracy and protection of human rights values. Currently, the main trend in Europe to avoid interventionism is to deter Russia and keep others engaged in dialogue. Moreover, European powers rely upon USA very much letting Americans to “do the job”. He also noted, that the EU has significant military resources as a whole, but do not make proper use of them.

On failures focused also prof. Roman Kuźniar, who mentioned Iraq as a total failure and Libya, where the intervention contributed to emergence of a fail state. He also criticized the concept of liberal interventionism as such pointing at paradox that military operations have not much to do with liberal concepts.  He outlined major drawbacks of European approach to the interventions, which in his opinion are: lack of understanding the complexity of the situation on the ground, arrogance and ignorance with regard to the regional sensitivities and inability to set proper time frameworks for military presence. At some point of the debate prof. Kuźniar revealed that he has become very pessimistic at our ability to make any lesson from our mistakes.

All guests agreed that there is still huge need of European humanitarian aid in various regions of the World. Sadly, the recent case of Ebola virus uncovered Europe’s inability to react fast and jointly when needed.

The ECFR project “Liberal interventionism in the time of adversity” which this debate was part of, has been supported by the Austrian Ministry of Defence.