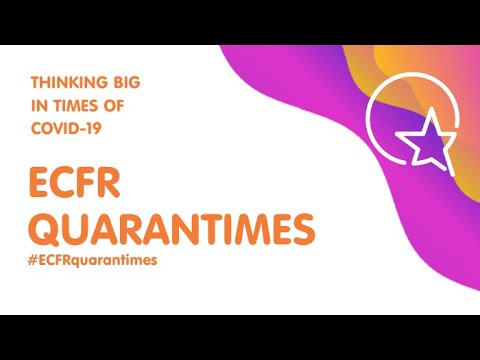 Taiwan has an impressive track record of fighting the coronavirus. Taipei has been at the forefront of an effective and efficient response that holds lessons for countries all around the world. But it is becoming increasingly difficult for Taiwan to make its voice heard as Beijing is taking a more assertive stance at home and abroad. Developments in Hong Kong send an especially chilling message across the Taiwan Strait. What is the assessment of the current situation and what are the coalitions that Taipei seeks to protect its interests and democratic freedoms? Foreign Minister Wu answers these and other questions in another special #ECFRquarantimes.

We are all suffering from confirmation bias. Nationalists claim that the corona virus shows the superiority of the nation state; multilateralists claim the same for multilateralism; the end of globalization has also been proclaimed; for the left it is the end of capitalism; and for climate activists it confirms the need for more climate protections. ECFR Quarantimes enlists the brightest voices to help us think beyond the immediate response to the covid-19 crisis and overcome our pre-existing biases and beliefs to shape Europe's future role in the post corona world.