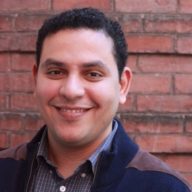 Yasser El-Shimy was a visiting research fellow at ECFR, where he conducted research on EU-Egyptian relations in light of the latter’s socio-political situation. He has earned his PhD from Boston University in International Relations and Comparative Politics. His most recent research focuses on the roles of the military and the Muslim Brotherhood in the failure of Egypt to democratize between 2011 and 2013. Dr. El-Shimy's policy interests include Egyptian politics, the Israeli-Palestinian conflict, Iran’s foreign policy, Syria as well as US foreign and national security policies towards the region. His academic specialties include democratization, transitology, civil-military relations, Islamist movements, political parties and international relations theory.

Dr. El-Shimy worked in both academic and policy institutions, including the Egyptian Ministry of Foreign Affairs, International Crisis Group, Harvard Kennedy School and Boston University. His most recent publication is a chapter on the Muslim Brotherhood in an Adelphi series book called Egypt After the Spring: Revolt and Reaction. (ed., 2016)

Time to talk: Europe and the Vulnerability Equities Process

Finding a healthy balance between a nation’s national security needs and the government’s responsibility to keep the public secure in cyberspace, is a complicated task