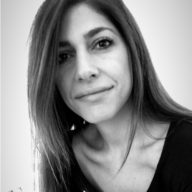 Nour Samaha was a visiting fellow with the Middle East and North Africa programme at the  European Council on Foreign Relations. Her topics of focus include Syria, Lebanon, and Israel-Palestine.

Samaha is a freelance journalist and analyst based in Beirut, Lebanon who has been covering the region for over a decade. She has produced in-depth reports and investigations from the ground for publications including The Intercept, The Century Foundation, al Monitor, al Jazeera and Foreign Policy.

Can Assad win the peace?

Introduction After eight years of war, the Syrian government has reasserted control over much of the territory it lost to opposition and foreign forces. As…

The economic war on Syria: Why Europe risks losing

Sanctions can never be ‘smart’; new EU and US measures on Syria are only likely to strengthen the regime, not weaken it