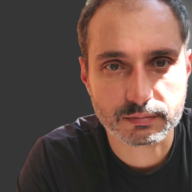 Martin Ivanov is a visiting fellow in ECFR’s Sofia office, focusing on green energies and technologies, social entrepreneurship and innovations, and non-formal education.

Ivanov has a PhD in sociology and works at the Institute of Philosophy and Sociology, Bulgarian Academy of Sciences. In 2013 he defended his PhD on the development of green energy in Bulgaria. In 2005, he graduated from Johann Wolfgang von Goethe University, Frankfurt am Main, Germany as a political scientist. From 2007 to 2013, Ivanov worked at the International Elias Canetti Society, Ruse, where he founded and developed the civic education department. From 2011 to today, he has been chairman of the Federation of Social NGOs in Bulgaria.

Decarbonise and democratise: How the European Green Deal could transform high-carbon economies

Innovating to decarbonise Bulgaria’s economy is not just about delivering the European Green Deal across the EU. It could also help guide the green transition in low-income, carbon-intensive economies elsewhere.