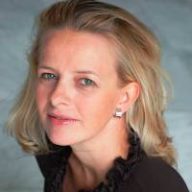 A global advocate on peace and justice issues for almost two decades, Mabel van Oranje is Girls Not Brides – The Global Partnership to End Child Marriage Global Champion. In 1993 Mabel founded the European Action Council for Peace in the Balkans and was its CEO until 1997. She also co-founded the Dutch foundation War Child in 1995 and served on its board until 1999. In 1997, she joined the Open Society Institute in Brussels as Executive Director, becoming OSI’s International Advocacy Director in 2003. From 2008 until 2012, she was the first CEO of The Elders. Mabel holds masters degrees in Economics and Political Science (cum laude) from the University of Amsterdam. She helped found the global NGO coalition Publish What You Pay and was actively engaged in global efforts that led to the establishment of the International Criminal Court in 2002.