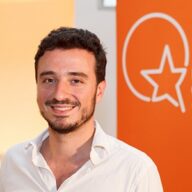 Lorenzo Marini was the web coordinator of the European Council on Foreign Relations until March 2019.

Marini joined ECFR in November 2010, after completing a Masters degree in Democracy and Comparative Politics at University College London.  Before arriving in London, Marini studied Communication and Journalism in his native Bologna and in Barcelona, where he trained at the popular newspaper ‘El Periódico de Catalunya’. In 2013, he temporarily moved to Brussels to complete a 5-months traineeship at the European Commission, where he worked on social media and campaigning.

In August 2013 Marini joined ECFR’s Madrid office as Web coordinator. His main responsibility is coordinating all web-related issues for ECFR and the development of ECFR website.

In 2017 he founded Precept, a Barcelona-based startup that develops web applications for journalism and fact-checking. He codirects Verificat, the first Catalan independent fact-checking and digital media literacy platform.

Thanks to his roaming he is now a fluent speaker of Italian, English, Spanish and Catalan, and also has a basic knowledge of French.

Fighting fake news: Caught between a rock and a hard place

Government regulation on fake news is unlikely to prevent malicious actors from meddling in our elections or polarising our societies.

Josef Janning on the Danish 'No': Signal that Denmark wants to take care of its matters on its own.