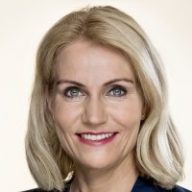 Helle Thorning-Schmidt was the first female Prime Minister of Denmark. She was a Member of Parliament and the Leader of the Social Democratic Party for ten years. She also served as a Member of the European Parliament, prior to which she worked as an International Adviser to the Confederation of Trade Unions. Throughout her career, she has tackled significant global issues, specifically with regards to children’s rights. She was appointed to the Education Financing Commission led by Gordon Brown and as CEO of Save the Children. She graduated with a degree in Political Science from the University of Copenhagen and in European Studies from the College of Europe.