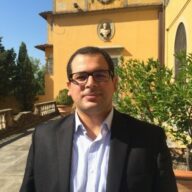 Hamza Meddeb is a visiting fellow at the European Council on Foreign Relations. He was a nonresident scholar at the Carnegie Middle East Center (2015- 2016) and a Jean Monnet Postdoctoral Fellow at the European University Institute (2013-2015). He holds a PhD in Political Science from Sciences Po Paris in 2012. His research focuses on the political economy of democratic transition in Tunisia as well as the political economy of insecurity in North Africa.

He is the author of “Smugglers, Tribes and Militias. The rise of local forces in the Tunisian-Libyan border region” (in Inside wars, MED program e-book, EUI, RSCAS, 2016) and the co-author of “L’Etat d’injustice au Maghreb. Maroc et Tunisie, Karthala, 2015, (With Irene Bono, Beatrice Hibou and Mohamed Tozy) and “Market for Jihad. Radicalization in Tunisia”, Carnegie paper, 2015 (With Georges Fahmi).

Hamza Meddeb is quoted in “L'Express” regarding Tunisia and terrorism