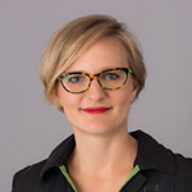 Franziska Brantner has been a member of the Bundestag since 2013 and was appointed parliamentary state secretary at the Federal Ministry for Economic Affairs and Climate Action in 2021. She was previously the spokesperson for European policy and parliamentary secretary of Bündnis 90/Die Grünen. Prior to joining the Bundestag, she was a member of the European Parliament, where she served as foreign policy spokesperson for the Green/EFA Group. She has also worked for the Bertelsmann Foundation in Brussels, consulting on EU foreign policy issues.

A new world of diplomacy

We need diplomats to liaise with cities and regions

The EU and their allies have to get their act together on human rights. Lives are at risk.

The debacle in the UN could be the precursor of more clashes over human rights, with Europe as a target

How MEPs can help save the UN Human Rights Council

A European Parliament debate on the EU?s role on the UN Human Rights Council (HRC) comes at an embarrassing moment

There are clear signs that the EU’s influence at the UN is declining in one of the areas on which it is most united: human rights

A sovereign and secure Europe does not come for free. The moment to invest decisively in an EU capable of action and defense is now.

ECFR Board and Council member Franziska Brantner calls for more investment in the EU’s strategic sovereignty in the military, digital, energy and economic sectors

So I think it is absurd, in the sense of ‘we have to be resilient and be able to protect our own population,’ that we in Germany are not ready to rely on European actors

ECFR Board Member Franziska Brantner explains the need for more European sovereignty, including in the area of digital 5G infrastucture

Nord Stream 2 is and remains an anti-European project