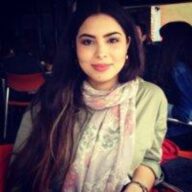 Counter-terrorism, law and institution-making in the Maghreb

Fatim-Zohra El Malki is a visiting fellow at the European Council on Foreign Relations. She was previously a researcher on Islam and Politics at the Atlantic Council’s Rafik Hariri Center in Washington DC. She holds Masters degrees in Arab Studies from Georgetown University’s Edmund A. Walsh School of Foreign Service (2016) and in Security Studies from Queen's University of Belfast (2013). Fatim-Zohra’s research focuses on counter-terrorism cooperation as well as law and institution making in the Maghreb region.