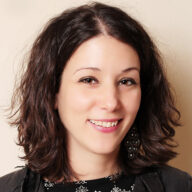 Beáta Huszka was a visiting fellow at ECFR focusing on policy issues in Southeast Europe. She is an MSCF fellow at ELIAMEP (Athens, Greece) and completed her Ph.D. at the Central European University in 2010. From 2013 to 2017, she led a work package of the EU’s FP7 project FRAME researching the role of human rights in the EU’s external relations. She is the author of the book Secessionist Movements and Ethnic Conflict (Routledge, 2014). Her current research projects focus on bilateral conflicts in the Western Balkans, EU enlargement and minority rights litigation in Central Eastern Europe.

Viral vulnerability: How the pandemic is making democracy sick in the Western Balkans

The power of perspective: Why EU membership still matters in the Western Balkans

Hopes for the future dashed: Balkans security after the French veto

Governments there have often taken ‘selective and arbitrary approaches to applying restrictions’ and sometimes used ‘these measures to silence their critics and opponents.’