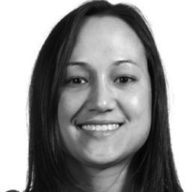 Angela was a Policy Fellow for the Asia and China Programme at ECFR from 2014 to December 2018. She also was an editor of China Analysis from 2017 on. Before joining ECFR, Angela worked for the BMW Foundation and the International Affairs Office of the Koerber Foundation in Berlin. Prior to that, she worked in Brussels for the German Marshall Fund of the United States (Asia Programme) and in Beijing the German Embassy (cultural section) as well as for several event and marketing firms. Alongside China’s history, politics and economics, her research work focuses on East and South Asia’s foreign and security policy.

Angela earned her Ph.D. in Sinology at Freie Universität Berlin, conducting a research about China-Pakistan relations (“The People’s Republic of China as an Actor in Today’s Pakistan – Advantages and Risks of Building a Chinese Power Base in South Asia”).

Fear and loathing on the New Silk Road: Chinese security in Afghanistan and beyond

China’s priorities are shifting towards the containment of security threats in its region, and Europe should capitalise on this trend

Four views from our authors on Chinese and Taiwanese views of the roots of Trump's strategy and trade policy, and Chinese blind spots

The United Nations of China: A vision of the world order

The meaning of the Chinese "new era" is tied to Xi Jinping. This publication explores how much his increased ideological control is changing China.

Grand Designs: Does China have a ‘Grand Strategy’?

China’s investment in influence: the future of 16+1 cooperation

China and Brexit: what’s in it for us?

Beijing is trying to create an inclusive narrative around its new Silk Road initiative, but fails to convince the sceptics

A German view of the Asian Infrastructure Investment Bank

One year on, Germany's decision to back the AIIB appears to be paying off

As the China-Pakistan Economic Corridor begins to take shape, the troubled province of Balochistan could become a flashpoint for regional competition.

India and China: A scramble for Africa?

Africa is big enough for both, but there is a risk that the rivalry between China and India could play out to the detriment of African interests

European policymakers worry about Russian and Chinese integration efforts, which push them to think more strategically about the Eurasian landmass

Xi’s visit to the Czech Republic

Indians as a source of soft power

Modi is trying to reach out to the Indian Diaspora by using social media - he has his own app since this summer.

Will relations between China and India in the 21st century be defined by co-operation or conflict?

What does India think?

Indians are many, as are their demands, aspirations, and ideas

Mark Leonard speaks with Ulrike Franke, Angela Stanzel and André Loesekrug-Pietri, about the international race to develop artificial intelligence. The podcast was recorded on 4…

The EU in Trump’s World #4: the reset of the U.S. Asia Policy

How does Donald Trump's victory and the crises within the European Union affect Japan's view on Europe? Angela Stanzel, Policy Fellow at ECFR's Asia and…

ECFR’s World in 30 Minutes: How China and Asia see Brexit

ECFR’s director Mark Leonard speaks with experts Angela Stanzel, Francois Godement and Susi Dennison, about what the British exit from the EU will mean for…

How much is Modi changing India and how should the UK and Europe respond?

The European interest in an investment treaty with China

The European interest in an investment treaty with China

Listen to the authors of “The European interest in an investment treaty with China”, ECFR policy fellow Angela Stanzel and senior policy fellow Francois…

Angela Stanzel is speaking in The New York Times about Europe's role in the trade war between the USA and China.

Angela Stanzel is quoted in the New York Times on Geely's buy in Daimler.