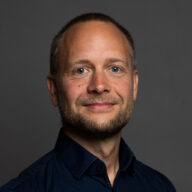 Andreas Bock is the head of communications at the European Council on Foreign Relations, based in the Berlin office.

Previously he worked with n-ost, a journalist network and media NGO that promotes cross-border journalism and foreign reporting across Europe.

At n-ost, Bock headed the editorial department of the daily European press review eurotopics.net. He also organised and moderated trainings on topics including access to information and data journalism, and he spoke on issues like freedom of information and the (digital) European public sphere.

Previously, he worked for several years as a project manager for the Institute for Foreign Cultural Relations (ifa) in Budapest as well as a freelance journalist for various print media outlets.

Bock holds a Diploma in Cultural and Social Science from European University Viadrina.

Law or less: Why Orban’s rule threatens the European project

The goal of preserving European unity could hinder the EU’s fight against democratic backsliding in Hungary. To remain a community of values, the union needs to keep up the pressure on the country’s leader.

The road back to democracy in central Europe

The selection of a lead opposition candidate in Hungary is a promising sign for the strength of democracy in Europe. Democrats throughout the EU should lend their support to restoring the rule of law.

Calling it quits: How Europe should build on Fidesz’s exit from the EPP

The European People’s Party tolerated Fidesz for far too long. Its de facto expulsion should be a turning point in the relationship between the EU and Orbán’s Hungary

How to spend it: Why Germany is saying goodbye to frugality

Germany, together with France, aims to play a decisive role in the reconstruction of the post-coronavirus world

Andreas Bock on the freezing of EU funds to Hungary

Before the elections, opposition politicians rarely appear in the state media

With his Nazi rhetoric, Orban has once again shown that values mean nothing to him, he provokes and incites hatred and racism

After the war, I think we in the EU will have the same problems with Hungary as before in terms of having a fair judicial system, freedom of the media